The European Commission’s autumn forecast for the EU economy, released on November 11, cut the estimate for Bulgaria’s economic growth this year to 3.8 per cent, down from 4.6 per cent in its summer forecast.

The EC projected growth speeding up to 4.1 per cent in 2022, unchanged from the summer forecast, before slowing down to 3.5 per cent in 2023. The EC estimate for 2022 already incorporated the expenditures financed by Recovery and Resilience Plan grants.

“In the first half of 2021, the economic recovery in Bulgaria was held back by high economic uncertainty and containment measures,” the Commission said, with investment activity stagnating and exports of services recovering somewhat, but remaining well below full capacity.

The tourism sector was one of those hit the worst, with 40 per cent fewer foreign tourist arrivals during the peak July-August season. “Although the accommodation industry partially compensated for the shortfall in foreign demand by attracting domestic visitors, both the number of beds available and the occupancy rate were well below normal levels,” the EC said.

On the positive side, private consumption remained robust and exports of goods recovered swiftly, while government spending continued to contribute to aggregate demand in the first half of 2021.

In the short term, the introduction of Covid-19 certificates last month was “set to weigh on private consumption for several months, until smooth operation of the new regime and higher vaccination rates are achieved,” the EC said.

But the forecast also warned that the certificates “may prove insufficient to contain infection rates and adjustment to the new normal may take longer. In addition, the impact of higher energy prices on headline inflation and consequently on private consumption may be stronger than expected.”

The Commission’s projections showed Bulgaria’s economic growth underperforming the forecast rates in the euro zone and the EU as a whole in 2021 and 2022 both. 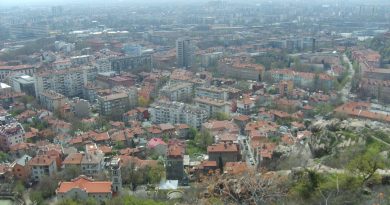