With a week to go to Bulgaria’s November 14 2021 early parliamentary elections, the results of a poll by the Exacta Research Group show Boiko Borissov’s GERB-UDF electoral coalition as having the largest share of support among those who intend voting, 23.8 per cent.

According to the results of the poll, there is a tight contest for second place, between the Kiril Petkov-Assen Vassilev We Continue the Change party (15.5 per cent) and the Bulgarian Socialist Party (15 per cent). In fourth place is Slavi Trifonov’s party (12.5 per cent), followed by the Movement for Rights and Freedoms (9.5 per cent) and the Democratic Bulgaria coalition (9.2 per cent).

If these results are borne out in the November 14 vote, it would mean a National Assembly with six groups.

Below the four per cent threshold for a share of seats in the next Parliament are the “Rise Up Bulgaria! We’re Coming” coalition (3.5 per cent), pro-Russian Vuzhrazhdane (three per cent) and the ultra-nationalist VMRO.

In a commentary on the results of its poll, Exacta said that GERB-UDF was expanding its influence among people between the ages of 30 and 60 and among residents of cities outside Sofia.

The agency said that the contest for second place was very important because of expectations of problems in efforts to form an elected government.

This was a reference to GERB being faced by other parties which all repeatedly have said that they are opposed to a government in which Borissov’s formation is involved.

Exacta said that the results of both We Continue the Change and the Bulgarian Socialist Party had not changed significantly during the election campaign.

The advantage of We Continue the Change over the Bulgarian Socialist Party was WCC’s potential among politically apathetic and hesitant voters.

Twenty-five per cent of those who had not voted in Bulgaria’s July 2021 early parliamentary elections said that they were ready to support We Continue the Change in November.

In Bulgaria’s capital city Sofia, those who supported WCC outnumbered those who would vote for the BSP, Exacta said.

The agency found that among current WCC voters, the Constitutional Court decision that Petkov’s appointment to the caretaker government in May had been unconstitutional had not had an impact. “However, we do not rule out that the decision may have some impact on some of the potential WCC electorate,” Exacta said.

It said that the BSP had achieved a mobilisation of its electorate that it had not had for a long time, because of self-confidence that the party would be an unavoidable factor in putting together Bulgaria’s next government.

However, the agency said that of the BSP electorate, 44 per cent were afraid of getting infected with Covid-19 on election day, and a third were worried about coping with machine voting.

Exacta said that a third of those who had previously voted for Trifonov’s ITN now said that they would vote for WCC.

Exacta said that there were many and various reasons why electoral turnout could decrease on election day itself.

Interest in the election campaign was not very high, the agency said.

Above the average for interest in the two elections were people older than 50, residents of Sofia, and those who intend voting, respectively, for GERB, the BSP and Democratic Bulgaria.

The share-out of votes would depend on how many people would not go to the polls because of fear of infection with Covid-19 at the peak of the fourth wave in Bulgaria, Exacta said.

“We are currently recording an increase in mass fears of infection on election day. As of November 5, one third of Bulgarians had such fears, while at the beginning of the campaign one fifth were afraid of becoming infected on election day,” the agency said.

In recent weeks, the agency had found a slight increase in the number of those who were worried about coping with machine voting, from 13 per cent to 17 per cent. 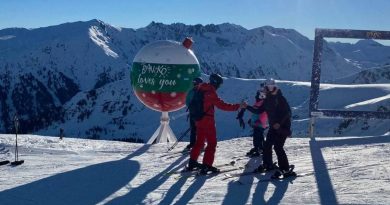