The number of districts in Bulgaria classified as Covid-19 dark red zones, meaning a morbidity rate of 500 or more out of 100 000 population on a 14-day basis, has risen to 26, according to the October 31 update by the unified information portal.

In the past day, the district of Turgovishte exceeded the 500-mark.

The number of districts where the morbidity rate exceeds 1000 out of 100 000 population has risen to seven in the past day, with the addition of Kyustendil. 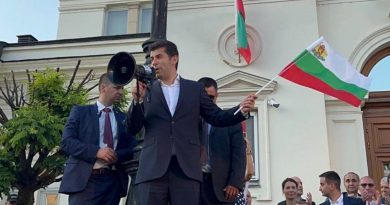 ‘Mafia out’: Protests at ouster of Speaker of Bulgaria’s Parliament, as no-confidence motion looms