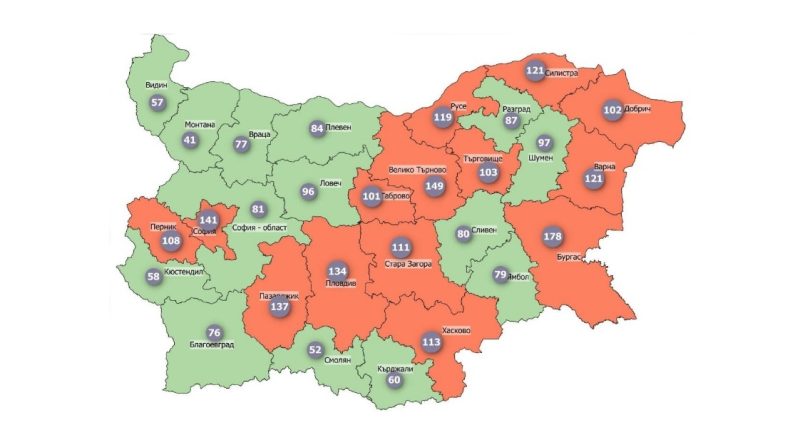 Fourteen out of the 28 districts in Bulgaria are Covid-19 orange zones, meaning a morbidity rate between 100 and 249.9 per 100 000 population, according to the report by the National Centre for Infectious and Parasitic Diseases (NCIPD) for the two-week period ending August 15.

This is in contrast to last week’s report, as The Sofia Globe reported at the time, in which only one out of the 28 districts – Bourgas – was an orange zone.

As of July 18, the NCIPD has been using amended thresholds for classifying districts.

On August 16, Deputy Health Minister Alexander Zlatanov said that Bulgaria had a national average infection rate of 113 per 100 000, meaning that the entire country was an orange zone.