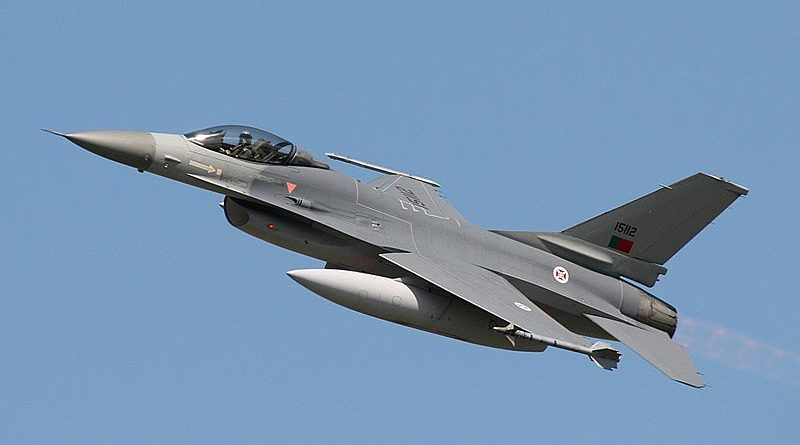 The Trump administration welcomes Bulgaria’s defence modernisation plans and looks forward to the country’s imminent selection of a new multirole fighter aircraft, the White House said on January 8 on the eve of a Bulgarian Cabinet decision on fighter jet acquisition.

Bulgaria’s Cabinet was expected, at a regular meeting on January 9, to give the go-ahead for talks with the US on acquiring F-16 fighter aircraft, acting on a recommendation to choose this option instead of newly-made-to-order Swedish Gripens or Italy’s offer of second-hand Eurofighters.

“The United States remains committed to working with the Bulgarian government to tailor the final scope of its potential F-16 to its budget and operational requirements, while still offering superior capabilities,” the White House said.

“We believe that the F-16 Block 70 offers Bulgaria the best possible combination of price, capability and interoperability with other Nato air forces. If the F-16 Block 70 is selected by Bulgaria, it will serve Bulgaria’s air force capably and reliably for decades to come,” the statement said.

The F-16 Block 70 also offers state-of-the-art technology, according to the statement.

“Its acquisition by Bulgaria would give the Bulgarian Air Force the ability to reliably defend Bulgaria’s airspace while operating jointly within Nato with all other air forces that fly the F-16s, including all of Bulgaria’s Nato neighbours. Acquisition of F-16 Block 70 aircraft would further strengthen long-term support and co-operation with the United States Air Force and other Nato air forces,” Trump’s White House said.

“The United States looks forward to continuing discussions with the Government of Bulgaria as this decision moves forward.”

The F-16 option currently has the backing of Bulgarian Prime Minister Boiko Borissov’s GERB party and most of its nationalist coalition minority partner, the United Patriots, with the exception of Ataka party and United Patriots parliamentary group leader Volen Siderov.

The pending decision was criticised on January 8 by Kornelia Ninova, leader of the opposition Bulgarian Socialist Party.

“Do you realise what they (the government) want from us?” Ninova said.

Parliament could allow the government not to comply with a decision of Parliament, Ninova said, referring to apparent plans to ask the National Assembly to exceed the financial framework it previously approved.

The BSP spoke out publicly against the negotiations with the US on the F-16s, after President Roumen Radev – a former Air Force commander, elected head of state on a ticket backed by the BSP – also called into question  the process that had seen the F-16 option come out on top.

GERB’s Konstantin Popov, a former Air Force general and former chief of defence, reacted with scorn to the BSP statement, saying: “What’s the alternative? That we should go back 10 years and start again?

“When will Bulgarian aviation be modernised? A hundred years from now, when we find the perfect criteria?” Popov said.

Defence Minister Krassimir Karakachanov, a co-leader of the United Patriots, said on January 8 that it was important to decide at the Cabinet meeting on Wednesday on a “strong fighter” for the Bulgarian Air Force for the next 30 to 40 years.

“Everything else is petty politics,” Karakachanov said.