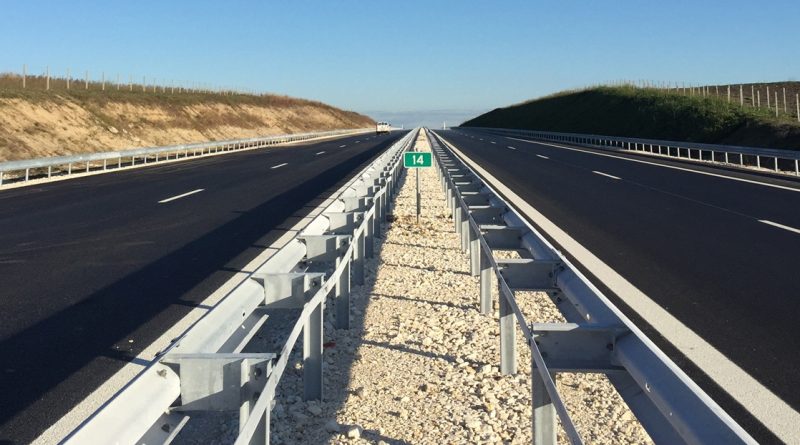 Selling of electronic road tax stickers – known as “e-vignettes” began at branches of Bulgarian Posts at noon on January 18, while self-service terminals have been installed at 14 border checkpoints, according to Bulgaria’s Road Infrastructure Agency.

The agency said that 160 self-service terminals selling e-vignettes had been installed. Besides those at border checkpoints, the others were at retail outlets across the country, the agency said without naming these outlets.

The border checkpoints that now have self-service terminals are Kapitan Andreevo (which has seven), the Danube Bridge checkpoint at Rousse (four), Kalotina (four) Kulata (three), Gyeushevo (three), Kapitan Petko Voivoda (two), Oltomantsi (two), Durankulak (one), Kardam (one), Lesovo (one), Bregovo (one) and Vrashka Hamka (one).

An e-vignette machine also has been installed at the fuel station closest to Danube Bridge 2 at Vidin, Sunny Oil.

The Road Infrastructure Agency said that at the Kalotina and Kulata border checkpoints there were counters where motorists entering Bulgaria could buy e-vignettes by paying cash.

Sales counters also would be opened at the Danube Bridge crossing at Rousse and at the first fuel station after the Kapitan Andreevo checkpoint, Lukoil, which is about 1.5km from the border.

The agency said that e-vignettes could be bought at cash desks at district traffic offices, at branches of mobile operator A1 and of Easy Pay, as well as via the bgtoll.bg websites.

On January 8, Bulgarian National Radio reported Professor Oleg Assenov of the agency as saying that sales points for the e-vignettes were being expanded “at a very fast pace”.

He said that the core functionality of the toll system had been effective from the outset.

A further 50 self-service terminals would be installed this week, Assenov said.

His view was that the Bulgarian team had “done a good job” implementing the system. An analysis of the problems that had occured should be ready in the next 10 days, he said.

Bulgarian Posts said that when buying a vignette from their branches, it was not necessary to bring the vehicle documents, only to know the registration number.

It was important for motorists to ensure that their name and surname were correctly rendered before signing the receipt. A confirmed e-vignette could not be returned or amended, Bulgarian Posts said.

The introduction of the e-vignette system in Bulgaria as of January 1 2019 has seen serious teething troubles, leading Bulgarian Prime Minister Boiko Borissov to order the dismissal of three top officials.

November and December 2016 will see ‘Supermoons’