At a special sitting on August 17, Bulgaria’s National Assembly approved a declaration condemning police violence against protesting citizens in 2020.

The special sitting was called by the Speaker of the National Assembly, Iva Miteva, after an ad hoc committee investigating the police violence viewed video it had acquired showing police, in July 2020, dragging protesters behind the columns of a government building, forcing them to the ground and severely assaulting them.

The protests in summer 2020 were in demand of the resignation of the Borissov government and of Ivan Geshev as Prosecutor-General.

The declaration, approved with 191 votes in favour, none against and no abstentions, condemns brutal police violence against protesting citizens in 2020, describing the violence as an inhuman and degrading act, prohibited by Bulgaria’s constitution and international treaties to which Bulgaria is a party.

The declaration calls for an immediate and impartial investigation and tenders an apology to all participants in the protests who were victims of police violence.

At the special sitting, Parliament also approved, with 167 votes in favour, a declaration calling on Geshev to come to the National Assembly to be heard in connection with the events during the protests last summer. Geshev was given until August 20 to present a report.

Ahead of the sitting, Geshev said that he would refuse to attend, claiming that Parliament was transgressing the constitutional separation of powers. The Speaker, along with constitutional lawyers interviewed by the media, have rejected this argument.

Democratic Bulgaria coalition co-leader Hristo Ivanov, speaking in debate on the motion on Geshev, said that Geshev should not come to Parliament, but instead should resign his office.

At a lengthy hearing preceding the declarations, caretaker Interior Minister Boiko Rashkov repeatedly condemned the inaction of the Prosecutor’s Office and the Interior Ministry regarding the assaults by the police.

Rashkov said that so far, there was no evidence that any of the four police officers who had been identified, among those committing assault, had been prosecuted or criminal proceedings initiated against them.

On the contrary, Rashkov said, pre-trial proceedings had been initiated against those who were assaulted.

Some of the protesters who were beaten in last year’s protests attended the start of the special sitting. When their presence in the public gallery was pointed out, most MPs present rose to applaud them. 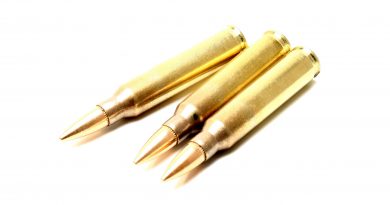