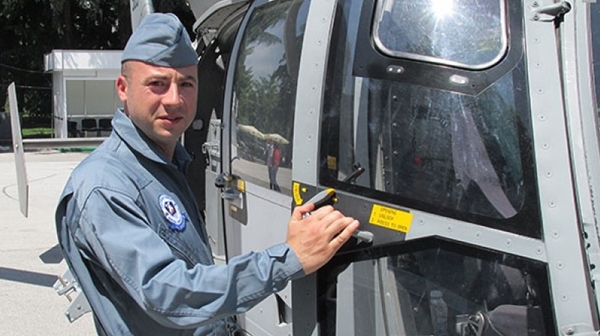 Bulgaria’s Defence Minister Krassimir Karakachanov said on June 10 that he had ordered a posthumous promotion for Captain Georgi Anastasov, the Navy pilot who died the previous day when the Panther helicopter he was commanding crashed into the Black Sea during an exercise.

The two other crew, Captain Pavel Simeonov and Captain Anatoli Apostolov, remained in military hospital in Varna in a stable condition, the Defence Ministry said.

The Panther helicopter plunged into the sea about 10 miles off the mouth of the Kamchiya River, a spot on the coast about 20km south of Varna, while performing manoeuvres during a combat training exercise.

Anastasov, who was 38, was an experienced pilot who had received numerous commendations from the Defence Minister, Chief of Defence and commander of his squadron.

“Due to the professional qualities of Captain Anastasov, the lives of the other two people were saved and I have issued an order for his promotion from captain to major, though posthumously unfortunately,” Karakachanov said.

The pilot had regained control and headed to the shore, but the helicopter began to malfunction and the pilot returned to a place near the ship, which when it went down, had enabled rescue crews to reach it quickly. This had allowed Anastasov’s colleagues’ lives to be saved, Karakachanov said.

Anastasov was pulled from the water in a coma. Efforts to resuscitate him failed.

Karakachanov has appointed a commission of inquiry including experts from the Military Police Service and Naval Command, the Defence Ministry said. The commanders of the military formations at all levels have been instructed to assist the members of the commission in connection with the investigation.

Borissov said that he had known Anastasov personally and knew that he was an expert pilot. “Again with his actions he fought and saved the lives of the other two,” the Prime Minister said.

“Let’s say that in this case we’ve bought the best possible helicopter in the world, the best, and because the insurance does not apply to military equipment, it only insures their life, we have lost 50 million leva yesterday, but also a priceless wonderful life.”

Borissov used the moment to score a political point, saying that the sum was equivalent to the Christmas bonuses given to Bulgaria’s pensioners.

“When such defence spending arises, I would ask Mr. Roumen Radev that only his boss, Kornelia Ninova, did not support the two per cent for defence. The only ones that do not support it are the BSP,” Borissov said.

Borissov was referring to President Roumen Radev, the former air force commander who in 2016 was elected head of state on a ticket backed by Kornelia Ninova’s opposition Bulgarian Socialist Party.

Bulgaria, as a Nato member, is committed to raising its defence spending to two per cent of GDP. This increase has been a political football for years. At the time that Rossen Plevneliev was president, most parties with the exception of the BSP supported the phased increase of defence spending to meet this level.

Bulgaria is meant to undertake a number of big-ticket defence acquisitions, including modern multi-role jet fighters to meet Nato standards, while the government also wants to acquire new armoured vehicles for the infantry and two patrol vessels for the Navy.

The Panther helicopter has been in service with the Bulgarian Navy since 2011, when the country took delivery of the first of three ordered from Eurocopter.

The Panther involved in the June 9 accident has been recovered from the sea by a sea crane but it is regarded as doubtful that it could be restored to serviceable condition. 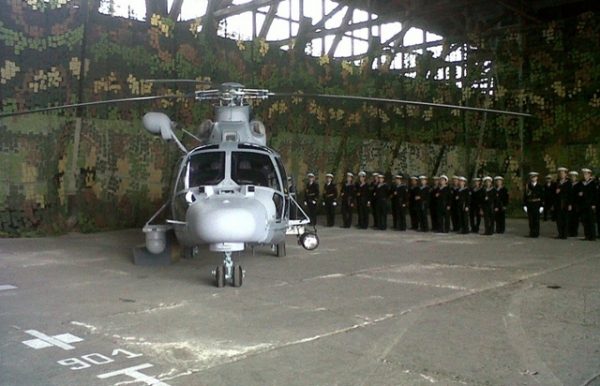