Kunchev was speaking a day after it was announced that the “green corridor” system for vaccinations for all comers had been suspended, less than a week after it started, because of shortfalls in Covid-19 deliveries to Bulgaria.

He said that once Bulgaria got to one to two million people vaccinated, there would not be large numbers of newly-infected people and overcrowding of hospitals.

“I am convinced that people’s enthusiasm (to be vaccinated) will not cool down, the earlier a person is vaccinated, the better we will achieve collective immunity,” Kunchev said.

Those who had received just one dose, without a second, could not be sure that they were protected against Covid-19, he said.

He said that vaccination certificates did not amount to discrimination, but would allow people to cross borders faster because they had protected themselves and others.

On February 25, ahead of a European Council meeting at which the Covid-19 situation in the EU was discussed, Bulgarian Prime Minister Boiko Borissov spoke in favour of electronic certificates – “vaccine passports” for Europeans who had received vaccinations or undergone Covid-19. From statements after the European Council meeting, it was clear that consensus on the matter had not been reached and discussions among EU leaders would continue.

Baltov said at the moment, there were about 10 000 doses of the AstraZeneca vaccine at GPs and vaccination points, which today would be used up because a second dose was not being held back.

A second dose was being held back for about 20 000 people who had been vaccinated with the BioNTech-Pfizer and Moderna vaccines, he said.

About 50 000 more doses of these vaccines are being kept for district and sectional election commissions. Baltov said that if these were not used by March 10, they would be released for wider use.

He said a further 52 000 doses of vaccines were expected on February 27 and if they arrived, the “green corridors” would be re-opened.

The “green corridor” system would have to remain in place for a long time because there were about 500 000 people in Bulgaria who did not have health insurance and personal doctors to vaccinate them, Baltov said. 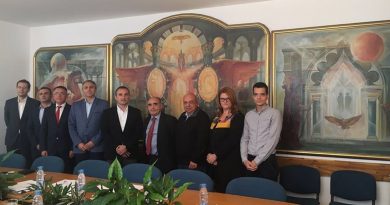 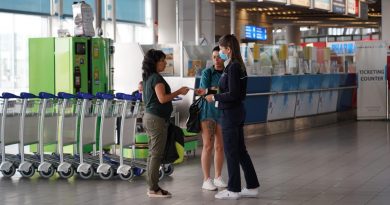