Bulgaria’s Commission for Protection of Competition (CPC) said on January 18 that it has approved the proposed sale of broadcaster Nova Broadcasting Group and its subsidiaries to Dutch-registered telecoms and media company United Group.

United Group announced the agreement to buy Nova Broadcasting last month, without disclosing financial terms, but Bulgarian media reports put the value of the deal at about 300 million euro.

Nova comprises of 10 TV channels including national Nova TV, the country’s largest online platform Net Info that reaches on average 80 per cent of the Bulgarian population every month as well as four radio stations.

In its decision, CPC rejected the objections put forth by Nova’s main domestic rival, private broadcaster bTV Media Group, which argued that the proposed deal could have a negative impact on the competition in several markets, including TV advertising, digital and analogue broadcasting.

The regulator said that it concluded that “in this particular case, the new entity would have neither the capability, nor the stimulus to limit the vertically-integrated markets affected by the deal.”

The deal is the second ownership change at Nova Broadcasting in less than two years, after Bulgaria’s Advance Media Group, a subsidiary of the Advance Properties conglomerate owned by local businessmen Kiril Domuschiev and Georgi Domuschiev, acquired the group for 185 million euro from Modern Times Group (MTG) in April 2019.

That agreement was struck after CPC blocked MTG’s proposed sale of Nova Broadcasting to Czech investment conglomerate PPF Group, controlled by billionaire Petr Kellner, in 2018 on the grounds that it could harm competition.

Earlier, PPF Group had bought Telenor Bulgaria, another of the three major telecom operators in the country, as part of its acquisition of Telenor subsidiaries in Central and Eastern Europe.

PPF later took ownership of bTV Media Group as part of its acquisition of Central European Media Enterprises last year. Owing to the trans-border nature of the deal, the deal required regulatory approval from the European Commission, but not the Bulgarian regulator.

Once the Nova deal is closed, United Group will own one of Bulgaria’s two largest private broadcasters and one of Bulgaria’s three major telecom operators, in Nova Broadcasting and Vivacom, respectively. PPF Group is in a similar position, through bTV media group and Telenor Bulgaria.

The country’s third major telecom provider, A1 Bulgaria, also operates several subscription-based television channels, but on a much smaller scale than its two competitors.

In a separate decision posted later in the day, CPC said that it also approved United Group’s proposed acquisition of two newspaper publishers in Bulgaria. The regulator said that the deal would not impact competition on the print media market, where United Group will also be present as the publisher of several magazines acquired as part of the Nova Broadcasting deal.

The two newspaper publishers are Telegraf and Borba, which are being acquired from Movement for Rights and Freedoms MP and controversial businessman Delyan Peevski. 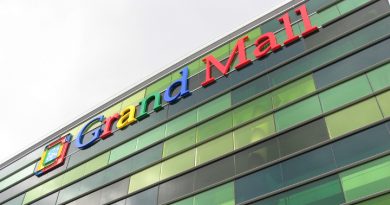