The European Commission said on July 30 that it has approved the proposed acquisition of mobile carrier Telenor’s subsidiaries in Central and Eastern Europe by Czech investment conglomerate PPF Group.

Announced earlier this year, the deal covers Telenor’s carriers in two EU member states (Bulgaria and Hungary), as well as subsidiaries in Serbia and Montenegro. At the time, Telenor said that it the transaction was worth 2.8 billion euro.

“The Commission found that the proposed transaction would raise no competition concerns. First, it would not give rise to horizontal overlaps, as the companies’ activities are confined to the different territories in which they hold their respective telecommunication licenses,” the EC said in a statement.

“In addition, the Commission found that the vertical links between the upstream markets for wholesale international roaming and wholesale mobile and fixed call termination services and the downstream markets for retail mobile and fixed telecommunications services arising from the transaction would be unproblematic. Therefore, the Commission concluded that the proposed transaction would raise no competition concerns.”

The deal will see PFF Group expand its telecoms portfolio significantly, adding the four markets to its current operations in the Czech Republic and Slovakia, where it operates under the O2 brand. The new acquisitions are expected to keep the Telenor name for some time, with PPF Group securing the rights to use the brand through the first half of 2021.

In Bulgaria, this was one of two major acquisitions announced by PPF Group, controlled by billionaire Petr Kellner, this year. Its other deal, for the purchase of Bulgarian broadcaster Nova Broadcasting Group from Nordic Modern Times Group, was blocked by Bulgaria’s Commission for Protection of Competition (CPC) earlier this month. That ruling can be appealed in court.

In reviewing the Telenor deal and related information, the EC noted PPF’s agreement to buy Nova Broadcasting and said that “the combination of NBG and Telenor Bulgaria in PPF’s portfolio would give rise to technically vertically affected markets in connection with the market for wholesale supply of TV channels in Bulgaria, the market for retail supply of TV services to end users in Bulgaria and the market for the sale of TV advertising space in Bulgaria.”

But it concluded that “given the lack of circumstances which would allow the parties to engage in market foreclosure, there arise no competition concerns in this respect.” 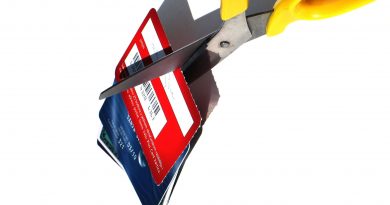