A total of 377 people in Bulgaria who had tested positive for Covid-19 died in the past seven days, bringing the country’s death toll linked to the disease to 8474, according to the January 17 daily report by the national information system.

The number of confirmed cases of new coronavirus in Bulgaria has risen by 3330 in the past week to 211 736, a figure that includes those who have died, the active cases and those who have recovered from the virus.

A total of 126 medical personnel tested positive in the past week, bringing the total to date to 9262.

A total of 156 326 people in Bulgaria have recovered from the disease, an increase of 21 762 in the past week, according to the national information system.

The report said that the number of vaccinations was now 18 332, an increase of 4859 in the past week. 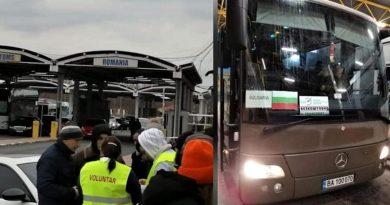