Twelve people in Bulgaria who had tested positive for new coronavirus died in the past 24 hours, bringing the country’s death toll linked to the illness to 825, according to the October 1 daily report by the national information system.

A total of 4943 PCR tests were done in Bulgaria in the past day, of which 286 proved positive.

To date, 20 833 people in Bulgaria have tested positive for new coronavirus, counting in those who have died, the active cases and those who have recovered.

There are 837 people in hospital, 44 in intensive care.

Nine medical personnel tested positive in the past day, bringing the total to 1152.

In other news regarding the Covid-19 situation in Bulgaria, Health Minister Kostadin Angelov issued an order allowing spectators at indoor sports events as of October 1.

No more than 50 per cent of the occupancy capacity of the indoor sports facility may be used. Spectators must be one seat apart and at a physical distance of 1.5 metres, the order said.

In a separate order, Angelov said that people arriving in Bulgaria from Ukraine must submit a negative PCR test.

Bulgaria’s Foreign Ministry said that all passengers arriving in Egypt must present at the border a certificate with a negative result from a PCR test for Covid-19, done in the country of departure up to 72 hours before the time of departure of their direct flight to Egypt. The Egyptian authorities said that children of all nationalities under the age of six are exempted from the obligation to submit a negative PCR test. 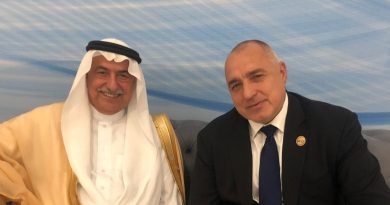