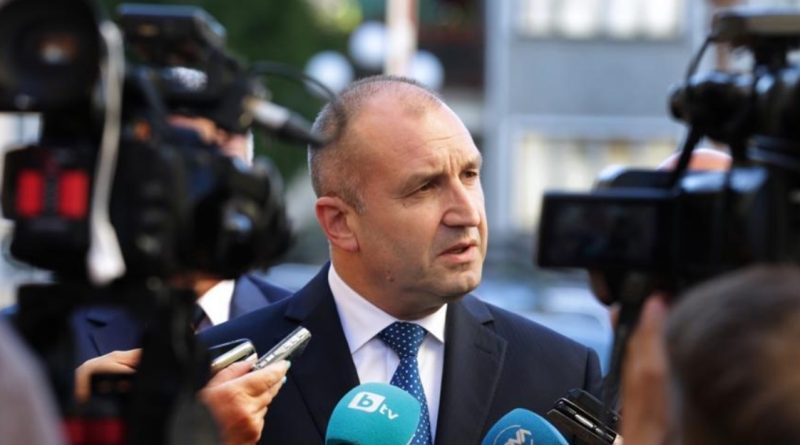 Bulgarian President Roumen Radev said on September 15 that he has vetoed a provision in the bill of amendments to the Judiciary Act, passed by MPs in early September, concerning promotions for former members of the Supreme Judicial Council (SJC).

That particular amendment, tabled between readings in a bill otherwise focused on the creation of a new single register for expert witnesses, outlines the conditions under which elected members of the SJC – meaning those chosen by prosecutors or judges, as opposed to appointed by Parliament or the President – can be promoted after the end of their term on the council.

Under the current law, a magistrate’s career is put on hold while they serve on the SJC, with the exception of the three ex officio members of the council, which are the prosecutor-general and the heads of Bulgaria’s two high courts.

After the end of their terms, the magistrates can return to the same position they held before or fill a vacancy on the same level, or even be promoted to the level above if they received a “very good” mark on their last performance assessment before election to the SJC.

The practice of promoting former members of the SJC after the end of their terms on the council, known as “career bonuses”, has been used to discourage dissent in the SJC in the past, critics have said.

In his veto motives, Radev said that this was the second time this year that MPs amended the relevant provision of the Judiciary Act, both times keeping the possibility for a former member of the SJC to be promoted after their terms ends.

“The main guarantee of the court’s independence is in appointments and promotions being made solely on the basis of objective criteria, such as qualifications, ability, honour and the sense of independence. A magistrate’s term in the SJC cannot lead to the acquisition of qualities needed to hold a more senior position in the judiciary, nor can it be equated to the achievements necessary for a promotion,” Radev said.

“When the law creates the prerequisites for certain individuals to be appointed to more senior positions based on grounds other than objective criteria, there is a risk that political considerations would prevail, creating a potential risk to the magistrates’ independence,” he said.

As such, the provision breached both the independence of the judiciary, as well as the constitutional principle of equality under law – since former members of the SJC are promoted without winning a competition to fill the vacancy, as other magistrates are required to, Radev argued.

The constitutionality of the practice has also been challenged earlier this year by the Supreme Court of Cassation, with the Constitutional Court due to sit in judgment of the case on October 15.

Radev also criticised that the amendment was tabled between readings, saying that such a major change to the bill should not be made without proper motives, impact assessment and public discussion.

Since taking office in January 2017, Radev made liberal use of this power, his latest veto being the 23rd, with Parliament overturning the veto in all but two cases, when the provisions in question were withdrawn. On several occasions, Radev has followed through with a Constitutional Court challenge, where he has been more successful in blocking legislation.