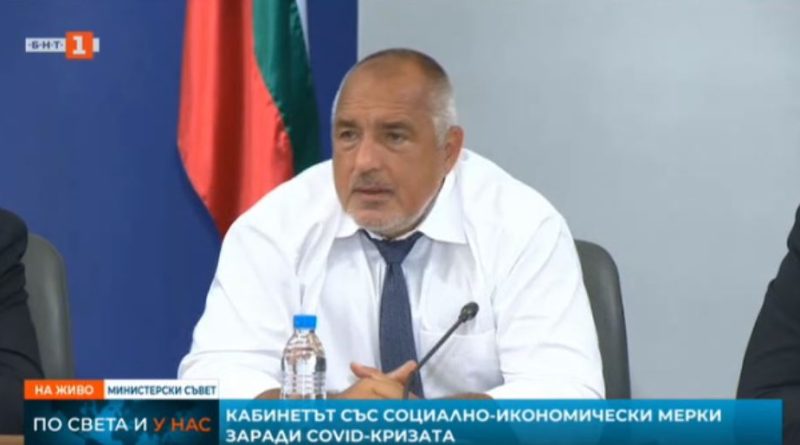 Bulgarian Prime Minister Boiko Borissov said on July 27 that the Cabinet has approved nearly 1.9 billion leva, or about 970 million euro, in additional funding for social and economic measures to fight the impact of the Covid-19 pandemic and indicated that the epidemic state of emergency would be extended by one month to end-August.

The single largest allocation was 318 million to boost state pensions with 50 leva a month for a period of three consecutive months. Borissov said that this measure could be extended further, depending on Budget revenue and the pandemic situation after those three months.

Other measures include a 30 per cent increase to personnel costs of state institutions fighting the pandemic and its economic impact, worth 92 million leva, while the Labour Ministry’s spending on personal assistants for people who need such aid will be increased by 122 million leva.

Separately, the funding for medical staff to receive additional payments of 1000 leva for their front-line work will be increased by 67 million leva until the end of the year.

The government will also boost its contribution to the National Health Insurance Fund, the independent government agency that manages the collection of mandatory health care insurance and parcels out the funds to the health care system, by 126 million leva. On top of that, the Cabinet approved 17 million leva in subsidies for hospitals.

The largest single allocation in the economic package of measures was 355 million leva for ongoing major road infrastructure projects.

The Cabinet also approved 55 million leva for the charter flights subsidy. Under this programme, operators would receive 35 euro for each taken seat on charter flights into Bulgaria, for flights with a capacity of over 100 passengers.

Borissov said that the package of measures announced on July 27 would be financed entirely using state budget revenue and the Cabinet would not take on new debt. He said that all economic stimulus measures would be reviewed every three months.

Update: Later in the day, the Government’s media office said the total amount added to the stimulus package was 1.16 billion leva, including 731 million leva for social measures and 431 million leva on economic measures. It was unclear which amount was the correct one.