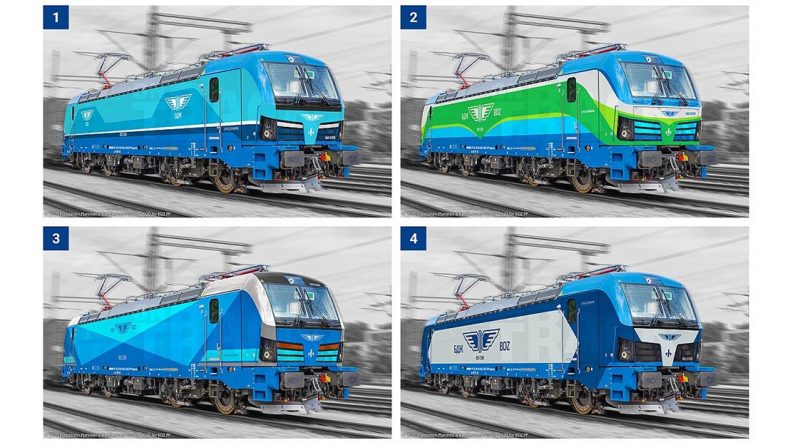 Bulgarian state railways BDZ has invited the public to vote online on the choice of design for its new Siemens Smartron locomotives.

Voting is open from July 17 to 31, BDZ said on its website. There is a choice of four designs.

“Four concepts have been developed, which have different messages and visual sensations, selected and fully in line with modern trends in the European railway scene,” it said.

The author of the designs is Konstantin Planinski – BackOnTrack studio, which is part of the team of RailColor-Ziemon, Germany – experts in the development of designs for rolling stock for European railways.

Designs of Siemens Vectron and Smartron locomotives of the Slovenian Railways, as well as of a private railway carrier in Bulgaria have been done by Planinski.

The design costs are included in the delivery price of the new locomotives.

BDZ announced on April 10 that it had chosen a Siemens Tron consortium bid to supply 10 new locomotives. The bid for the tender offered a price of 55.5 million leva, excluding VAT.

Voting can be done via this link, at the end of the item: https://www.bdz.bg/bg/a/vote-smartron

Covid-19 in Bulgaria: 217 deaths registered in past 24 hours