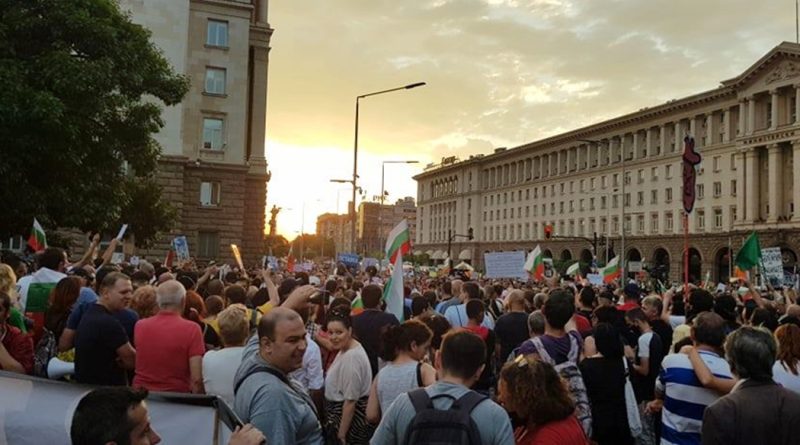 Bulgarian Prime Minister Boiko Borissov has pledged, after meeting his government coalition partners, that his Cabinet will serve out its term, due to expire in spring 2021. There is more than one factor that may make it a pledge that is not kept.

With the largest protests in six years out on the streets of Sofia and other major cities, there can be no illusion that Borissov has sole charge of events. He may find himself, as he has done before, responding on the hoof to developments that are not of his making.

The announcement on the evening of July 16 that he was axing three of his Cabinet ministers – those of finance, interior and economy – now emerges as a prelude to what Borissov promises will be – once the Bulgarian Socialist Party’s motion of no confidence is voted on, and Borissov presumes, defeated – a major overhaul of the Cabinet.

The motion of no confidence is to be debated on July 20, and with the rule of procedure that at least 24 hours must lapse before a vote on such a motion, presumably will be voted on on Wednesday.

It is probable but not a certainty that the BSP motion will be defeated. Borissov’s GERB and their ultra-nationalist minority partners need only attract a few votes – from the 11-MP Volya group and the nine independents (most “independent” as a result of expulsions from parliamentary groups) to carry the day. At this writing, the Movement for Rights and Freedoms has said it will vote with the BSP. That may not mean much – in effect, the governing coalition right now is GERB-the ultra-nationalists and the MRF.