Bulgaria’s government approved on June 12 the acquisition of a stake in privately-held First Investment Bank (FIBank) in a move billed as removing the last remaining obstacle in the way of meeting all requirements to join the Exchange Rate Mechanism (ERM2), the euro zone’s “waiting room”, and the EU’s banking union.

The Cabinet approved the purchase of up to 70 per cent of the secondary public offering of FIBank shares, which seeks to raise 200 million leva, or about 102.3 million euro, to raise its common equity tier 1 (CET1) ratio, a key measure of a bank’s financial soundness.

FIBank was one of six Bulgarian lenders to undergo an asset-quality review by the European Central Bank. The results, published in July 2019, showed FIBank falling well short of the eight per cent CET1 ratio requirement and needing a capital injection of 262.9 million euro to make up the shortfall.

FIBank sought to raise part of the money through the secondary public offering, but media reports claimed it drew lukewarm interest among investors, prompting speculation that the state could intervene and buy a stake through the state-held Bulgarian Development Bank (BDR).

The cabinet’s decision paves the way for BDR – an institution nominally meant to help small and medium-sized enterprises, which has come under fire in recent months for extending large corporate loans – to do just that.

Prime Minister Boiko Borissov said that a key condition for the acquisition of the FIBank stake was that the shares would be bought back, with interest, so that “the Bulgarian Development Bank and the state lose nothing.”

However, it was not immediately clear how this condition would be implemented and whether the state bank’s purchase of shares in FIBank would not raise state aid objections from the European Commission, although Finance Minister Vladislav Goranov was adamant that the proposed acquisition did not constitute state aid, public broadcaster Bulgarian National Radio reported.

Borissov did discuss Bulgaria’s progress towards joining ERM2 with European Commission vice-president Margrethe Vestager in a phone call on June 11, the government’s media service said. Vestager’s competition portfolio covers state aid, but the Cabinet’s statement did not say whether the FIBank stake buy was among the issues discussed on the call.

Bulgaria formally requested to join ERM2 and the EU banking union, created in 2012 in response to the euro zone crisis, in July 2018. The country hoped to do so within 12 months of submitting its application, but the process has hit several delays.

The asset quality review carried out by the ECB was part of the reason, finding that FIBank and a small lender, Investbank, needed to shore up the capital ratios. Investbank said in March that it complied with the ECB’s recommendation and raised the 51.8 million euro needed to meet CET1 ratio requirements.

FIBank is Bulgaria’s largest bank held by private domestic capital. It had assets of 10.15 billion leva, or about 5.19 billion euro, as of end-March, making it the fifth-largest lender by assets in the country.

It required government assistance in 2014 following a bank run in June 2014, around the same time as the collapse of the even-larger domestically-held Corporate Commercial Bank, but has since repaid the state aid after carrying out a restructuring plan. 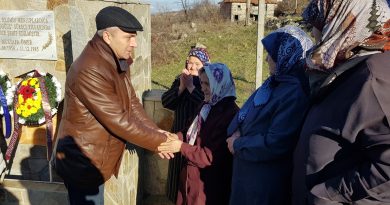