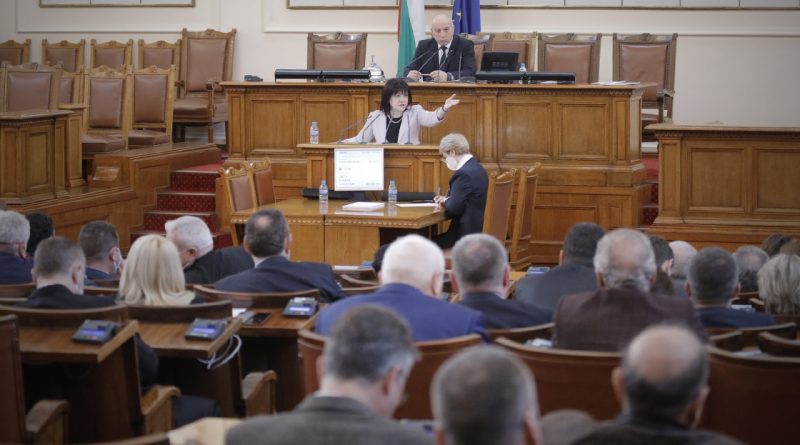 The Speaker of Bulgaria’s National Assembly, Tsveta Karayancheva, has called a special sitting to be held on April 3 at 2pm.

Ahead of the sitting, the bills will be discussed and voted on by the relevant parliamentary committees.

The announcement of the special sitting came as it was confirmed that three members of the National Assembly had tested positive for Covid-19: the leader of Prime Minister Boiko Borissov’s GERB parliamentary group, Dr Daniela Daritkova, another GERB MP, Daniela Maleshkova, as well as Movement for Rights and Freedoms MP Dr Hassan Ademov.

Ademov is in hospital in stable condition. Daritkova and Maleshkova will not be attending sittings of Parliament, but will be in the 28-day quarantine mandated by Health Ministry regulations regarding those who have tested positive.

Parliament has announced that with the special sitting, no journalists or other outsiders will be admitted to the building, apart from one representative of news agencies and the print media and one television team – a reporter and a cameraman.

Photographers will be allowed only to take photos from the House’s balcony at the beginning of the sitting.

Last week, Bulgaria’s Parliament voted to hold sittings only if they were connected to legislation regarding the State of Emergency against Covid-19.