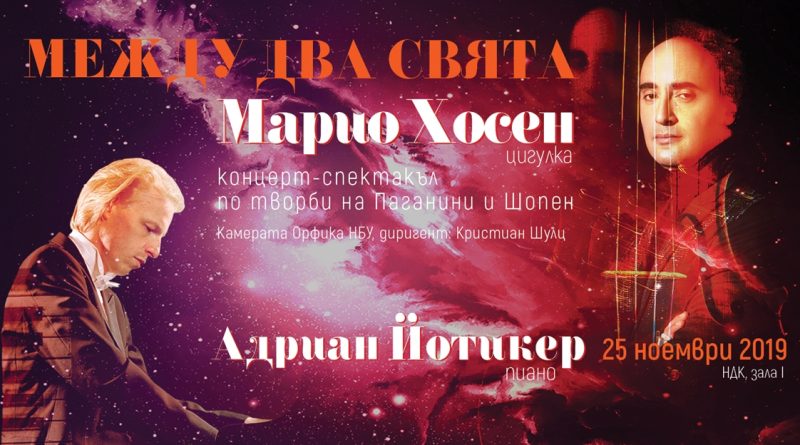 Virtuoso violinist Mario Hossen, popularly known as the “Bulgarian Paganini” and Swiss pianist Adrian Oetiker will perform in a concert entitled “Between Two Worlds” at the National Palace of Culture, NDK, in Sofia on November 25 2019 at 8pm.

The New Bulgarian University’s Camerata Orphica will be conducted by Christian Schulz, director of the Vienna Symphony Orchestra.

The programme promises “a spectacular concert and a world premiere for works by Paganini that we will hear in authentic live version for the first time since their original performance in the 19th century”.

“The programme of my new show, which will be a true music show, is a kind of collision of radically opposite worldviews and approaches in classical music. With Adrian Oetiker, solo singers, ballet and the splendid musicians of the Camerata Orphica at NBU , we will recreate this clash with mystery and drama – expressive and demonic against the intimate and angelic in the musical message. A performance presented in an original and authentic way that is addressed to contemporary audiences seeking strong emotions,” Hossen said.

Plovdiv-born Hossen received his musical education in Sofia, Vienna and Paris. He made his debut as a soloist with an orchestra at the age of eight. His teachers included greats such as Michael Frischenschlager and Gérard Poulet.

Hossen is the artistic director of the Camerata Orphica and founder of the International Music Academy Orpheus in Vienna.

Hailed for his incredible virtuosity and charismatic stage presence, Hossen plays a repertoire that ranges all the way from Renaissance music to Classic music to contemporary works and jazz.

The complete oeuvre of Paganini for solo violin and for violin and orchestra will be released as a historical-critical edition by Doblinger Music Publisher Vienna.

Oetiker is a successful soloist and chamber musician, at the same time he is in great demand as a professor.

After the first piano lessons with his father and Hans-Rudolf Boller he studied in the class of Homero Francesch at the Zürcher Hochschule der Künste and with Bella Davidovich at the Juilliard School in New York. He also took lessons with Lazar Berman.

He won many national prizes and scholarships, soon followed by international distinctions and prices (e.g. Cologne, Clara Haskil, Dublin). In 1994 he was awarded the cultural price of his home town for founding the Chamber Music Festival of St. Gallen. In 1995 he won the prestigious ARD International Piano Competition in Munich.

After a successful tour of Europe with the Melbourne Symphony Orchestra he has been invited to Australia twice and played with most orchestras of the continent. He performed all piano concertos by Béla Bartók with the Orchestre Symphonique de Mulhouse under Daniel Klajner. He plays recitals and chamber music at the Berliner Philharmonie, the Gewandhaus Leipzig, the Festspielhaus Salzburg, the KKL, the Teatro La Fenice and many other halls.

Tickets for “Between Two Worlds”, which is being performed with the support of Sofia municipality and UniCredit Bulbank, are now on sale at eventim.bg and at NDK at prices between 30 and 100 leva. 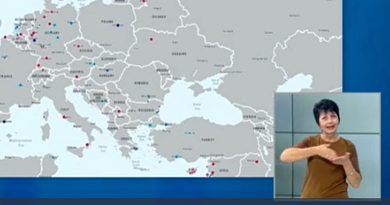