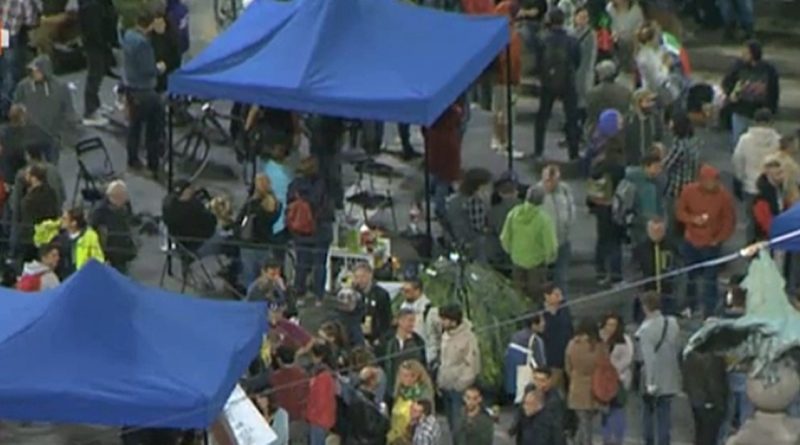 Protesters against the election of Ivan Geshev as Bulgaria’s next Prosecutor-General blocked the Eagle Bridge intersection in the centre of Sofia overnight, while traffic resumed on the morning of October 25 as a group of protesters moved to the square in front of the President’s office.

The anti-Geshev protest began at Eagle Bridge on Thursday morning after protesters could not get near the Supreme Judicial Council building. It lasted at the site for close to 24 hours.

The Democratic Bulgaria coalition has called a protest against Geshev, to be held outside the Presidency at 6.30pm on Friday.

The Supreme Judicial Council 20-4 voted on October 24 to elect Geshev, the sole candidate to take over as Prosecutor-General. Geshev’s support came from the prosecutor’s college and most judges, while Supreme Court of Cassation President Lozan Panov and three former supreme court judges, Olga Kerelska, Krasimir Shekerdjiev and Atanaska Disheva, voted against.

The SJC has forwarded its decision to the office of head of state President Roumen Radev. Should Radev decree the appointment, Geshev will take office in January 2020 for a term, non-renewable, of seven years.

The President’s office has said that Radev will examine the documentation from the SJC on his return from an official visit to Japan. Statute does not set a deadline for the head of state to sign the decree or return it to the SJC.

The Boets movement, which has been vocal for months in its protests against Geshev, called on Radev not to decree the appointment. Georgi Georgiev of Boets told local media: “We want the President to listen to the citizens, to have this historic chance to stand on the side of civil society and win this battle together”.

The movement also wants the law changed to allow civil society a quota in the process of electing a Prosecutor-General.

The Presidency’s press secretariat said that Radev’s actions would be in accordance with the requirements of the constitution.

Democratic Bulgaria, announcing its call for the October 25 evening protest, urged Radev not to sign the decree and to state his readiness to launch consultations on the drafting of constitutional changes to open the way for decisive reforms in the Prosecutor’s Office and the Supreme Judicial Council, and for an election of a new Prosecutor-General then to be held.

The call by Democratic Bulgaria came on the final day of the official campaign period ahead of Bulgaria’s mayoral and municipal elections, being held on October 27. From midnight on Friday, election campaigning is forbidden by law.

(Photo: Screenshot of part of the protest at Eagle Bridge in the early evening of October 24) 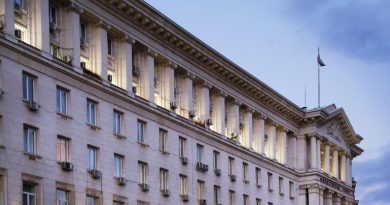