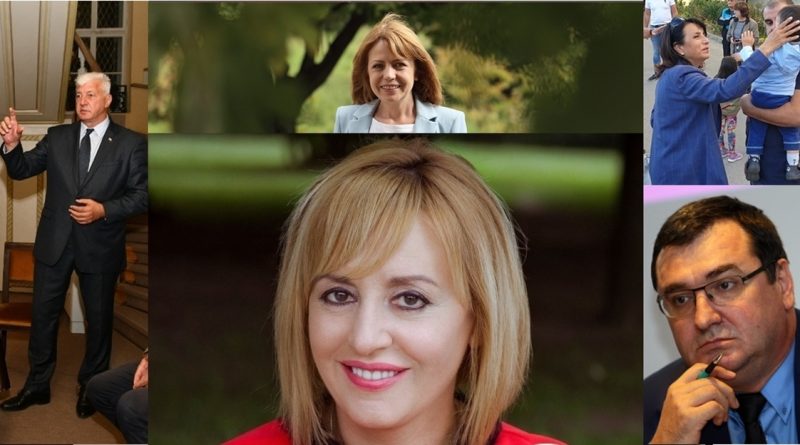 A week is left to the end of official campaigning in Bulgaria’s autumn 2019 mayoral and municipal elections, before voters are called to the ballot boxes on October 27.

In Sofia, major candidates incumbent mayor Yordanka Fandukova and Maya Manolova met in three broadcast debates in the past few days, either just the two or as part of a group.

First came an encounter on a minor cable channel, then – along with Democratic Bulgaria’s Borislav Ignatov and ultra-nationalist Angel Dzhambazki – a four-way face-off on Bulgarian National Television, and then again a two-way duel on Nova Televizia.

Read the respective lips of Fandukova and Manolova: No new taxes. So each promised in the Nova Televizia debate.

Asked of what they were proud and ashamed, Fandukova said that she was proud that in 14 years in politics, she had not changed her friends, while she was not proud of the revamp of Graf Ignatiev street; Manolova was proud of her work as Ombudsman, solving people’s problems. She was ashamed that she was sometimes late. (Voting on October 27 opens at 7am and closes at 8pm; Manolova may find this and other useful information in The Sofia Globe’s election factfile).

In Plovdiv, where the contest for the mayor’s chair is seen largely as between regional governor Zdravko Dimitrov and nationalist Slavcho Atanassov, the week saw an event at which Boiko Borissov’s GERB party and the centre-right extra-parliamentary Union of Democratic Forces underlined their alliance in support of Dimitrov.

GERB’s Menda Stoyanova told the event that GERB and the UDF were “sister parties”.

“Plovdiv has always been a democratic city in which the BSP (Bulgarian Socialist Party) did not win elections. But it managed in the term of Slavcho Atanassov, who brought the BSP into control through the back entrance. Slavcho Atanassov as mayor means the BSP running Plovdiv,” Stoyanova said.

Atanassov, appearing in a debate on Nova Televizia, said that Plovdiv was far behind in terms of income growth compared with other large cities, especially Sofia, and salaries were significantly lower.

The municipality could stimulate the income growth of Plovdiv residents by focusing on the problems of the private sector.

When he was mayor, he said, he had followed these rules and the city had worked successfully with the private sector in Plovdiv. “In no way did we allow for questionable public procurement, we did not work with only a handful of selected companies.”

In the same Nova TV debate, which also featured BSP candidate Nikola Radev and the Union for Plovdiv’s Dani Kanazireva, Dimitrov said he would work to reduce the tax on motor vehicles, adding that his goal was for salaries in Plovdiv to catch up with those in Sofia during the next mayoral term.

In Varna, incumbent mayor Ivan Portnih, GERB’s candidate, spoke of the efforts his team was making to “develop Varna as a City of Knowledge”, saying these efforts were evident both from the city’s education budget and the investment projects being implemented.

Portnih also promised, among other promises in the course of the week, four new candidates, four new buildings for schools, a municipal digital training centre for pupils from the first to the fourth grade, and gradually reducing all schools in Varna from two shifts a day to one.

His Bulgarian Socialist Party rival, Anelia Klisarova, continued her attack theme of Varna being in chaos, of things being done piecemeal, telling a meeting with architects and engineers “the city is being rebuilt, with no vision and overall plan”.

In Bourgas, incumbent mayor and GERB candidate Dimitar Nikolov promised six small gyms, one each in six parts of the Black Sea city. These would enable residents of Bourgas to do sports in their spare time close to home, and would be available to sports clubs. GERB listed exhaustively everything these gyms could be used for, including calanetics, Pilates, aerobics, yoga, zumba, modern ballet…you get the idea.

In Rousse, GERB mayoral candidate Diana Ivanova said that she wanted to make the city on the Danube a “cosier and more hospitable place to live”.

Meeting residents of two of Rousse’s residential areas, Druzhba and Charodeyka, she said: “I firmly believe that the focus on neighbourhoods and small settlements will be among the first steps I will take. There are many problems and everyone is completely right in their resentment and desire for drastic change.

Pencho Milkov, the Bulgarian Socialist Party’s candidate for mayor of Rousse, visited the village of Hotantsa in the municipality on October 17, telling residents he wants the job “because he wants to do the best for his city and has the energy, will and strength to meet the challenges,” a BSP statement said.

“As a member of Parliament, I have been among you many times and know your problems. If I am elected mayor, my concern for small towns and their inhabitants will be one of my main priorities,” Milkov said. He urged people to be active on October 27 and vote for the world they want to see for their children.

Which, for anyone listening to campaigning politicians every day for weeks, may involve signing up for a berth on a colonising vessel to Mars. 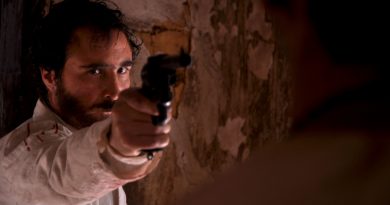