A 33-year-old man from Lyaskovets in central northern Bulgaria has been arrested for attempted vote-buying, according to media reports two weeks ahead of the country’s autumn 2019 mayoral and municipal elections.

The man was taken into custody by police who stopped a car during a routine check on a road between the villages of Dobri Dyal and Dzhulunitsa, in the district of Veliko Turnovo, reports on October 12 said.

A man and a woman were taken for questioning by police after a list with about 100 names was found in the car, reports said.

Bulgarian media, quoting unnamed sources, said that the woman had confessed that the list was connected to attempted vote-buying.

The Gorna Oryahovitsa District Prosecutor’s Office has charged the man with attempted vote-buying. The man is being held in 24-hour custody on the orders of prosecutors. Media reports said that members of his family confirmed the arrest, but declined to comment, saying that they did not want to discuss politics.

In all official statements by Bulgaria’s Interior Ministry and Prosecutor’s Office regarding alleged vote-buying in elections in recent years, it has not been customary to identify in favour of which party or parties the vote-buying took place. 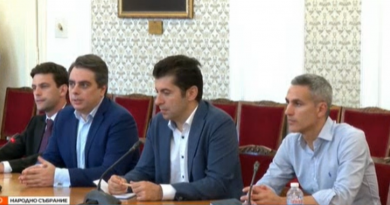