The European Parliament and the Council of the European Union have agreed to appoint Laura Codruța Kövesi, the former head of Romania’s anti-corruption prosecutor’s office, as the first European Chief Prosecutor. After the agreement reached by Parliament and Council negotiators, the next step is the formal approval by the two European institutions.

In a statement, the European Parliament said that its negotiating team backed Kövesi, the MEP’s preferred choice, throughout the negotiations, despite opposition from Council.

The European Commission also welcomed the agreement. Justice commissioner Vera Jourová said that it was a strong signal that the EU was serious in fighting financial crime and in protecting the taxpayers’ money.

“The European Public Prosecutor’s Office offers a first-of-its-kind set-up to prioritise cross-border crime and ensure that no crime against the EU budget goes unpunished. It provides an answer to demands of European citizens and equips European prosecutors with new bold tools to investigate and prosecute these crimes at EU level,” she said.

“With this agreement, it will now be possible to set up the new office as planned until the end of 2020. The Commission will remain a staunch supporter of the collective efforts to fight fraud and corruption in the EU”.

Budget commissioner Günther H. Oettinger said: “I have every confidence that Ms Kövesi will do an outstanding job at the head of the European Public Prosecutor’s Office. With this agreement, it will now be possible to set up the new office as planned until the end of 2020. The Commission will remain a staunch supporter of the collective efforts to fight fraud and corruption in the EU”.

So far, 22 EU member states have joined the European Public Prosecutor’s Office. The five countries that currently do not participate – Sweden, Hungary, Poland, Ireland and Denmark – can join at any time in the future.

Bulgaria has arrested 472 traffickers of refugees since beginning of August 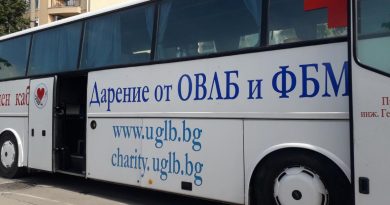