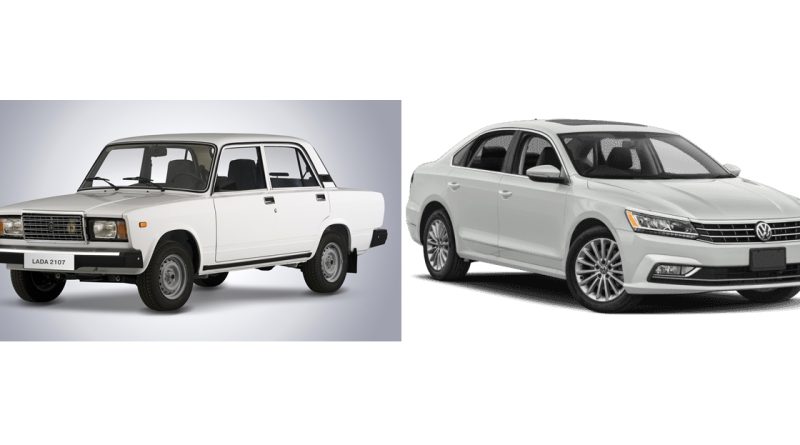 In 2019, Bulgaria marks 30 years since the internal communist party coup that brought down long-time dictator Todor Zhivkov on November 10, a day after the fall of the Berlin Wall.

November 10 is, in the Bulgarian political calendar, an occasion for duels between the parties of left and right over the consequences of the post-communist changes; much like September 9, the anniversary of the 1944 communist takeover in the wake of the Soviet invasion that ushered in the “socialist” era, is an annual occasion for dispute about those long decades.

There are many ways to measure the changes since November 10 1989. Just one of the many is car ownership.

In the People’s Republic of Bulgaria, as it was called, becoming a car owner was no simple matter.

Getting on to the waiting list for a car involved paying a deposit, and then making further payments, often for years, before eventually being granted possession of the vehicle – which almost certainly would have been made elsewhere in the Soviet bloc. A Moskvich, a Trabant, a Lada – perhaps one modelled on the Fiat that it was licensed to copy.

Western models were rare, given prohibitive import duties, and likely to have within them only those from the rarified echelons of the most privileged Bulgarian Communist Party elite, and even then those may have been paid for out of the funds of party and state.

For ordinary Bulgarians, the most likely option would have been a communist bloc jalopy, but given the lack of options, that would have been prized enough. There were, of course, so anecdote tells, ways to jump the queue. Corruption in Bulgaria is hardly a phenomenon born in the post-communist era.

At the request of The Sofia Globe, Bulgaria’s National Statistical Institute (NSI) provided the official figures for private car ownership in the country between 1989 and 2018 – figures for 2019, with five months of the year left to run, obviously do not yet exist.

However, a number of factors in post-communist Bulgaria have to be taken into account. Stimulating car ownership over the past three decades were the opening of the market to the outside world, the greater ease to import, and in the past decade, the rise of credit schemes to facilitate car purchases. On the other hand, the country has had its troubles in the post-communist era, including the financial and economic crises of the 1990s that wiped out savings and, to say the least, severely damaged purchasing power.

There is another major factor that must be taken into account when making comparisons. Car purchases have gone up; but between 1989 and 2018, Bulgaria’s population has decreased significantly, meaning that comparisons are best based on the number of private cars per population numbers.

In 1989, Bulgaria’s population was about 8.9 million, according to EU statistics agency Eurostat (different sources, with different estimates, give different figures for that year, ranging from 8.8 to more than nine million).

As at December 31 2018, Bulgaria’s population was said by the NSI to be little more than seven million – and estimates for the close of July 2019 put it at 6.98 million.

Then something notable happens. From 2016 to 2017 – the latter the most recent year for which official figures are available – it drops, to just less than 400 per 1000 population (the numbers dropped from 3.1 million cars to 2.7 million cars). Why that happened has to be a matter for speculation.

At the same time, figures from ACEA, the European Automobile Manufacturers Association, in recent years have shown consistent increases in new passenger car registrations in Bulgaria.

Eurostat, citing figures for 2016, said that Bulgaria had the eighth-lowest rate of passenger car ownership in the EU: 443 per 1000 residents, against an EU average of 505 per 1000.

However, while new passenger car registrations are rising, a significant proportion of cars in private ownership in Bulgaria are second hand. Figures for 2017 say that more than 40 per cent of registered cars in Bulgaria were more than 20 years old, and a million between 15 and 20 years old.

One obvious change is that the days of the Trabant, Lada and even the more “prestigious” Volga are long gone in Bulgaria. In 2017, the most popular car brands in Bulgaria were, in order, Dacia, Renault and Toyota, in turn a change from 2016 when the list was topped by Volkswagen, Opel and Mercedes.

According to Eurostat, Bulgaria has the lowest Purchasing Power Standard (an artificial currency unit that eliminates price level differences between countries) in the EU. That is a fact against which all other statistics should be considered – including the ones about Bulgaria having the lowest consumer prices, the cheapest electricity, the lowest fuel prices, and so on, and bear in mind that Bulgarian consumers usually react to such statistics with indignation, claiming them to be implausible.

But in the past 30 years, along with the Moskviches and Trabants, the communist officials in charge of waiting lists for cars have gone, or are doing something else these days. When it comes to queuing and cars, a Bulgarian now would await the verdict of a bank official regarding an application for finance for a car.

The next queue might be one in a congested city, never developed to cope with large proportions of private car ownership; or perhaps, in the summer, at a border point, among the thousands of other Bulgarians waiting to cross into Greece, each in their private cars; and that latter fact may also be taken as a symbol of the change of Bulgaria from ally of the Soviet Union to member of the European Union.