Five lanes will opened to ease the passage of cars from Bulgaria to Greece at the Kulata border checkpoint this weekend, the Interior Ministry said.

The move comes after the problem of long queues at the checkpoint has become especially intense this summer.

Cars will be checked only once, either at the Bulgarian or Greek side of the border.

Kulata border checkpoint head Chief Inspector Atanas Georgiev said that four of the lanes would be for cars and one for lorries. Buses will be stopped in places that do not interfere with traffic, and additional staff of mobile teams will check them.

The ministry has insisted that the passage of a car is only a matter of a few minutes, but the problem lies in traffic reaching record numbers, more than 25 per cent higher than in summer 2018.

To ensure a swift crossing of the border, available should be the registration card of the vehicle, the identity cards (in the case of EU citizens) of the travellers, and in the case of only one parent travelling with a child, the official document of consent from the other parent – the original and a certified copy.

Bulgarian National Television reported on July 5 that over the past week, 58 600 vehicles crossed from Bulgaria into Greece and 59 000 entered the country. In all, about 500 000 people had crossed the border, according to the BNT report.

Speaking to Bulgarian National Radio on July 5, Interior Minister Mladen Marinov said that steps had been taken to facilitate crossings of the border by EU citizens.

He reiterated, as the ministry said last weekend, that problems were caused by parents travelling alone with children failing to have copies of the required documents, thus causing delays for other motorists.

“The capacity of the border posts does not meet the needs of the people,” Marinov said. “Unfortunately, this is not only a problem regarding Bulgaria. You know the case of the Romanian border at Rousse – for our part, we have set up the infrastructure, but the Romanian side has not yet done so.”

With the Greek colleagues, there had been agreement on steps to ease traffic and reduce congestion, he said.

“Eventually, when Bulgaria enters Schengen, at least with its internal borders, this problem may be eliminated,” Marinov said. 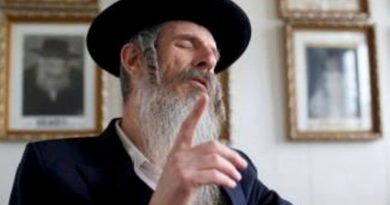