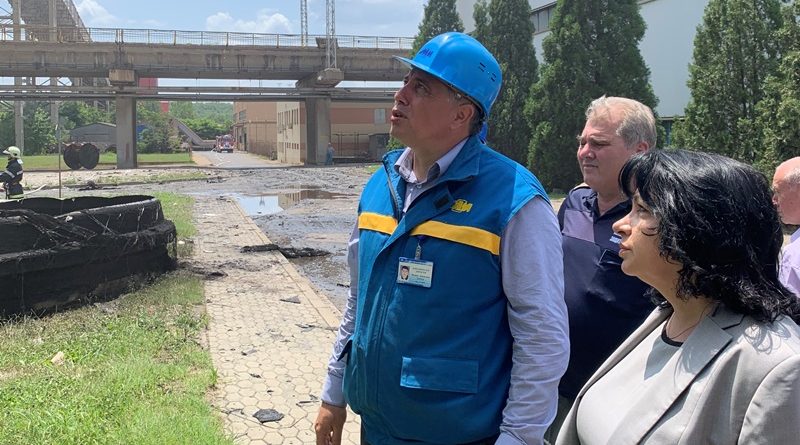 A fire at Bulgaria’s Maritsa Iztok 2 coal-powered thermal plant on June 24, which resulted in the collapse of one smokestack, has caused no injuries and did not result in air pollution exceeding acceptable limits, Energy Minister Temenouzhka Petkova said.

The fire started in the desulphurisation installation of unit 8, which is currently undergoing repairs scheduled to be completed by end-August.

The blaze has been contained, and the smokestack’s collapse did not cause any injuries, Petkova said. “The fire will not impact the security of Bulgaria’s energy system,” she said.

Petkova said that the damages were yet to be assessed – one report put the figure at up to seven million leva (about 3.6 million euro) – but the insurance company has been notified of the incident.

Six of the units at the state-owned Maritsa Iztok 2 plant were operating normally, with units 7 and 8 shut down for planned maintenance and repair, Petkova said.

(Petkova, right, inspects the site of the incident on June 24. Photo: Energy Ministry) 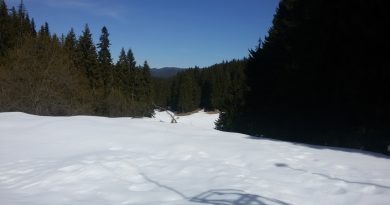