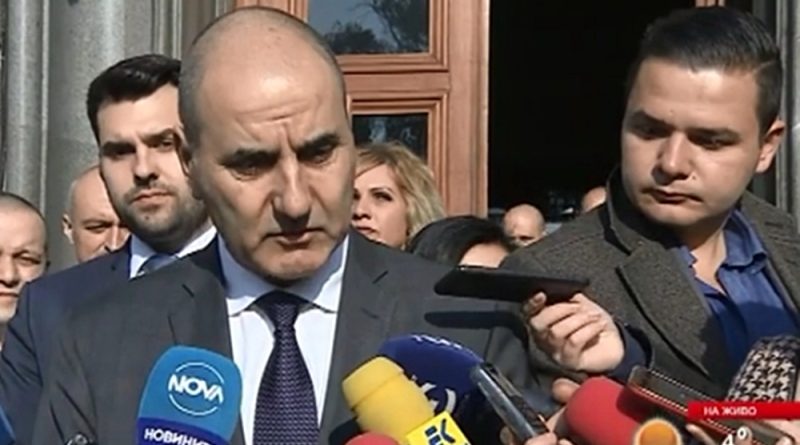 As has become traditional in recent years, Bulgarian Prime Minister Boiko Borissov’s centre-right GERB party was the first in the queue to register when applications opened on the morning of April 5 for parties and coalitions participating in the May 2019 European Parliament elections.

But for the majority party in the governing coalition, this time around the routine of the photo-op and the doorstep comments was overshadowed by the continuing controversy around allegedly cut-price apartments acquired by members of the ruling majority.

GERB campaign headquarters chief Tsvetan Tsvetanov, targeted in the controversy and who a week earlier resigned his seat as an MP, told reporters: “Today is a nice day, sunny, we have the registration, I do not want to comment on apartments”.

However, it was not as if the subject could be avoided. Tsvetanov likened the apartments controversy, in which he and several others are now under official investigation, to the allegations on the day before the 2013 elections that GERB was involved in ballot cheating. Those latter allegations were found to be groundless, but damaged the party in the election.

The apartments controversy was the work of “scriptwriters” who had produced the 2013 controversy, known in Bulgaria as the “Kostinbrod scandal”, according to Tsvetanov.

On the eve of GERB’s registration for the May 26 2019 European Parliament elections, the name of another of its Cabinet members – Tourism Minister Nikolina Angelkova – was brought into the apartments controversy.

This time, however, this was not the result of reports in some media, but arose from statements by Valeri Simeonov, a co-leader of the United Patriots – the minority partner in government – and a former deputy prime minister who long has been antagonistic towards Angelkova on tourism-related issues.

Angelkova denied wrongdoing, saying that the apartment to which Simeonov referred had been bought in 2008, at market prices with funds from her parents, and before she was involved in politics. “All income, both my own and that of my family, has always been duly declared, with taxes paid. So the deal is entirely in accordance with the law and everything is transparent,” she said.

She said that she had informed the Prime Minister about the acquisition.

Previous figures named in the apartments controversy – the Justice Minister, two deputy ministers and Tsvetanov – all had resigned their public posts after conversations with Borissov.

Across at the National Assembly on the morning of April 4, a consequence of the apartments controversy played out, as MPs accepted the resignation of Tsetska Tsacheva as Justice Minister, and, with 120 votes in favour and 15 against, voted for the former head of the legal affairs committee, Danail Kirilov, to take over the portfolio.

A recent poll by Alpha Research showed that Borissov, his government and GERB had been damaged by the apartments controversy. For campaign chief Tsvetanov, however, the point on which to insist on Friday morning was that the GERB MEP candidate list had the “best, most knowledgeable” people.