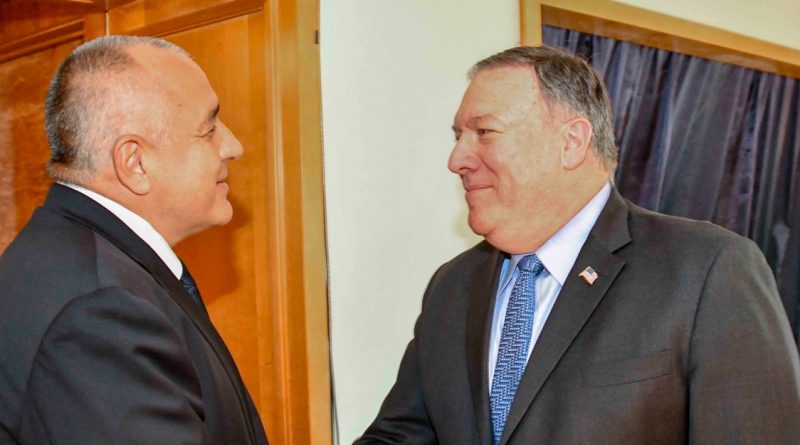 US Secretary of State Mike Pompeo has written to Bulgarian Prime Minister Boiko Borissov to thank him for his efforts to protect the assets of Venezuelan citizens, the government information service in Sofia said on February 28.

“I am honoured to convey, on behalf of the US government, the most sincere thanks for your efforts to discontinue the financial transactions of the illegitimate regime of Maduro, thus helping to protect the assets of Venezuelan citizens,” Pompeo said, according to the Bulgarian government statement.

This important act of support would help Venezuela return to the path of democracy and prosperity, Pompeo said.

On February 13, Bulgarian authorities announced that information had been received from the US about millions of euro being transferred from Venezuelan state oil and gas company Petróleos de Venezuela via Bulgarian bank accounts to elsewhere in Europe.

Further transactions had been barred and the State Agency for National Security was checking whether other banks were involved in such transactions, the news conference was told at the time. Prosecutors were to decide whether to press charges of money-laundering.

Earlier, on February 6, Borissov’s government formally approved the country’s support for Juan Guaidó in his capacity as interim President of Venezuela, the government information service said.

Nicolás Maduro took office in a new presidential term in January, after elections denounced by several countries, including the US and EU member states, as flawed. Guaidó, the head of Venezuela’s legislature, declared himself interim President.