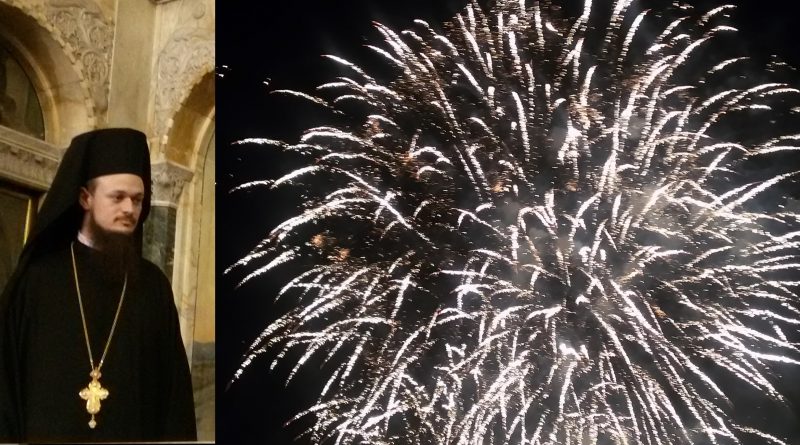 Archimandrite Dionisii, dean of the Bulgarian Orthodox Church’s landmark Alexander Nevsky cathedral in Sofia, is no stranger to controversy.

A 2014 proposal to promote him to bishop was withdrawn by the Holy Synod after a public protest by Orthodox clergy and laity. Now he is at the centre of a row again, over a fireworks display and parade of guards and a brass band at Alexander Nevsky cathedral as Bulgaria’s Orthodox Christians celebrated Easter.

The Holy Synod is to discuss the controversy at its next scheduled meeting on May 17, following objections expressed in social networks and in the media about the fireworks display, unprecedented in Bulgarian Easter celebrations although it is practiced in the country’s southern neighbour Greece, and about the uncanonical involvement of the military’s National Guard in the solemn Easter liturgy.

In the final moments before midnight brought May 1, in this year’s Eastern Orthodox calendar celebrated as the moment of the resurrection of Jesus, the large crowd outside Alexander Nevsky cathedral was surprised when a lavish display of fireworks erupted in the night sky above their heads.

No less surprising was the presence of the National Guard and the band that played a secular tune during the Easter liturgy. Reports at the time said that at one point, Bulgarian Orthodox Church head Patriarch Neofit – noted for his fine singing voice in his younger years – had begun to sing a sacred song, but he was interrupted and drowned out by the military brass band.

As media coverage of the controversy continued, Dionisii made a number of television appearances, saying that it had been his idea to have the fireworks display, which had cost about 2000 leva (about 1000 euro). Up to a few days before Easter, there had been no confirmation that there would be money to pay for the display, but a friend had confirmed on Holy Thursday that he would pay the costs, Dionisii told public broadcaster Bulgarian National Television.