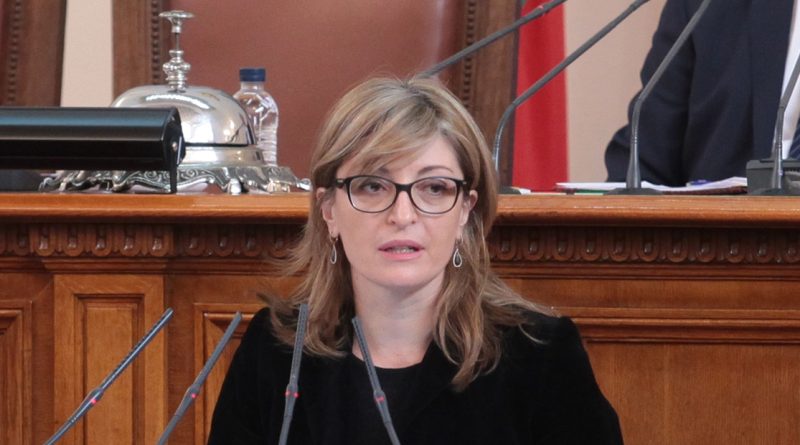 Bulgaria is systematically working together with other European Union countries to implement the activities outlined in the Sofia Declaration adopted in May 2018 at the EU-Western Balkans summit, Foreign Minister Ekaterina Zaharieva has told the National Assembly.

“Our country is implementing initiatives with the Western Balkan countries that are active in this regard by sharing experience of the accession process, border management, fight against terrorism and illicit trafficking, as well as the implementation of various joint projects,” Zaharieva said.

“The immediate priority remains to improve physical and human connectivity to the benefit of the region and the EU,” Zaharieva said.

Arising from the Sofia priority agenda, the European Commission has allocated an additional 190 million euro for road, rail and port infrastructure.