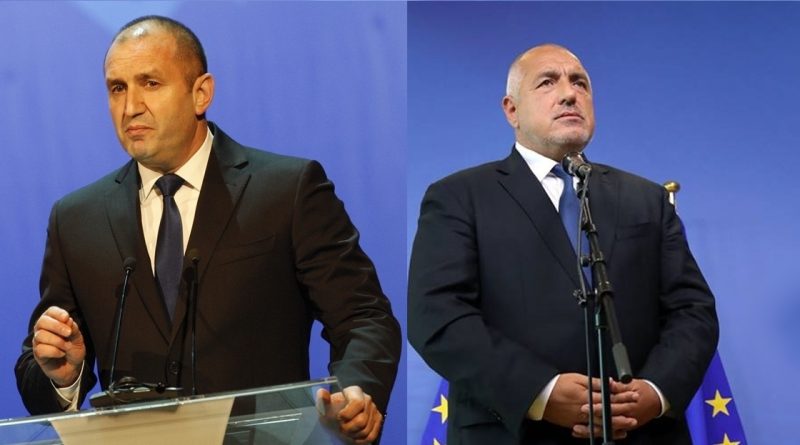 The approval rating of Bulgaria’s head of state President Roumen Radev fell from 52 per cent to 47 per cent between September and December 2018, polling agency Alpha Research said on January 10.

This is the first time that the approval rating of Radev, who took office as president in January 2017 after being elected on a ticket backed by the opposition Bulgarian Socialist Party, has fallen below the 50 per cent mark.

Radev was not alone in shedding points in his approval rating. That of the government fell from 19 per cent to 17 per cent over the three months, the Prime Minister’s fell from 33 per cent to 30, and that of Bulgaria’s National Assembly from 12 per cent to eight per cent.

The three politicians who are the co-leaders of the United Patriots, the grouping of nationalist and far-right parties that is the minority partner in Prime Minister Boiko Borissov’s government, had striking drops in approval between September and December 2018.

VMRO leader Krassimir Karakachanov, Deputy Prime Minister and Defence Minister, saw his approval rating fall from 23.4 per cent in September to 16.3 per cent in December.

The approval rating of Valeri Simeonov, leader of the National Front for the Salvation of Bulgaria and formerly a deputy prime minister before resigning in November over controversy after he used insulting language about protesting mothers of children with disabilities, fell from 11.1 per cent to 5.1 per cent.

Volen Siderov, the ever-controversial leader of Ataka, saw the smallest decrease, but off a low base – from 5.5 per cent to 4.9 per cent approval.

Alpha Research noted that the strong support that Radev broadly had among different social groups from the time of his inauguration nearly two years ago was diminishing. His support base now was among loyalists of the Bulgarian Socialist Party and the Movement for Rights and Freedoms.

As to the government, at the end of 2018 – a year marked by Bulgaria successfully holding the rotating EU Presidency but which also saw internal tensions in the coalition and numerous controversies – the executive had 45 per cent disapproval against its 17 per cent approval.

Only supporters of Borissov’s centre-right GERB party remained steadfastly behind his government.

Within the electorate of the United Patriots, attitudes were strongly polarised, depending on which of its constituent parties they supported.

The polling agency said that Karakachanov’s approval rating had been hit by the infighting among the co-leaders of the United Patriots, and the scandal over the State Agency for Bulgarians Abroad. In late 2018, the head of the agency, a Karakachanov ally, had been arrested and dismissed – along with other top officials at the agency – in connection with alleged corruption and organised crime.

Finance Minister Vladislav Goranov, from the GERB majority in the governing coalition, also shed seven points in his approval rating. This was ascribed to allegations – which he denies – about a luxurious dwelling used by him.

Alpha Research noted that by the end of 2018, political players across the board – whether in the ruling majority or opposition – all lost ground.

Borissov remains the leader of a political party with the highest approval rating, but it was in a negative downward slide.

The approval rating of Bulgarian Socialist Party leader Kornelia Ninova fell from 22.2 per cent to 19.4 per cent, the first time in the past two years that it has been below 20 per cent. Ninova has led the BSP since May 2016.

Vesselin Mareshki, leader of the populist Volya party – the smallest in the Bulgarian Parliament, with 12 out of 240 seats – saw his approval rating go up, from 10.5 per cent to 13.8 per cent. The agency said that this was because of the issue over increased fuel prices at the close of 2018. Mareshki is known for his interests in cut-price pharmaceuticals and fuel.

At the end of December, 48.2 per cent of those polled said that they intended to vote in Bulgaria’s elections for the European Parliament in May 2019.

This indication of lower turnout put GERB and the BSP in a close race, although GERB retained a fragile advantage over its opponent, while the BSP was not especially persuasive regarding mobilisation of the vote. The BSP would make the European Parliament election a referendum on Borissov’s government, which would get the party’s loyal supporters out to vote.

Of those who would vote should European Parliament elections be held immediately, 16 per cent would vote for GERB and 14.9 per cent for the BSP.

The third party certain to win seats in the European Parliament elections was the MRF, with 5.1 per cent support.

The United Patriots, hard-hit by the public disputes within the grouping, could now expect to mobilise only about a third of those who voted for them previously. With a mere 2.9 per cent support, the grouping was teetering on the brink regarding winning a seat in the European Parliament.