Bulgarian MPs voted on November 22 to overturn President Roumen Radev’s veto on the bill of amendments to the Corporate Tax Act. The motion carried with 130 MPs in favour and 46 opposed.

The two partners in the government coalition, Prime Minister Boiko Borissov’s GERB and the United Patriots group of nationalist parties, were joined by the populist Volya, the smallest party in the National Assembly, in overturning the presidential veto. Only the opposition Bulgarian Socialist Party and Movement for Rights and Freedoms (MRF) voted against the motion.

Radev vetoed the bill on November 13, a week after it was passed by Parliament, arguing that the changes infringed on “constitutionally-recognised civil rights and legal obligations.”

In total, Radev’s veto covered four separate changes to the law, passed as part of the 2019 Budget process – the changed framework of annual car taxes, which was expected to increase the annual tax on older, more polluting vehicles; a higher tax rate on properties in resort areas; the postponement of a deadline for reforming the framework used to calculate the household rubbish tax; and the proposal to transform the existing customs posts into territorial divisions of the central Customs Agency.

Radev’s veto on the Corporate Tax Act amendments was his seventh so far this year, with Parliament overturning all but one. 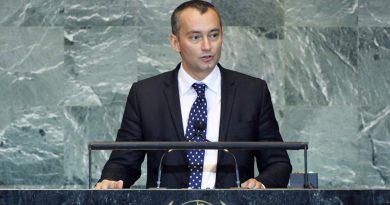