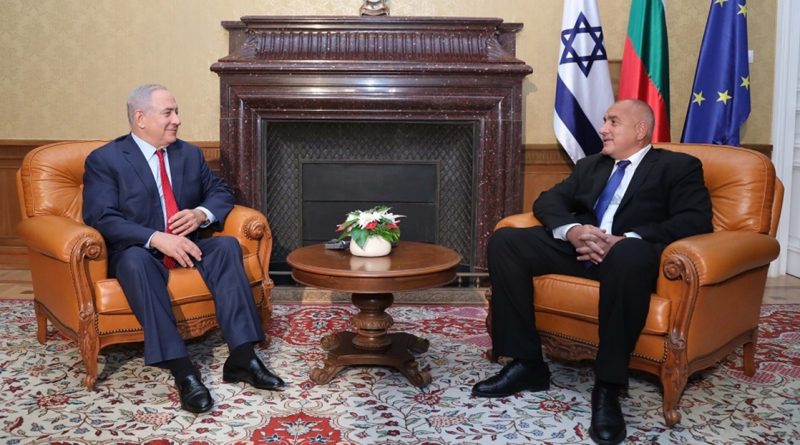 Holding talks face-to-face for the third time in four months, Israeli Prime Minister Benjamin Netanyahu and his Bulgarian host Boiko Borissov have underlined the strong relations between their countries.

Speaking in Varna on the eve of the quadliteral summit between Bulgaria, Greece, Romania and Serbia, which Netanyahu is also to attend, the two heads of government discussed themes from the Balkans to energy co-operation.

According to a Bulgarian government media statement, Borissov said after meeting Netanyahu that just like Israel, Bulgaria was a “very key place”.

“And our region is such that, with shared efforts, tolerance and friendship, we should solve our problems, and the Balkans have huge prospects,” Borissov said.

Borissov said that the November 2 summit was related to the desire of the European Union, with the Balkans as part of it, to become more prosperous.

He said that the potential for development was precisely in areas in which Israel is a leader, such as high-tech and security.

“I hope that in the near future, we develop our military plants for joint production of drones,” Borissov said.

Borissov briefed Netanyahu on his recent visits to the United Arab Emirates and to Egypt. He spoke of the emphasis that had been placed on the possibility of creating food hubs in the Balkans, the development of co-operation in the field of information technology, and the building of “bridges” between countries in the fields of medicine, pharmacy, and others.

Netanyahu said that he was honoured to attend the summit.

“The co-operation that Bulgaria has with the Western Balkans, the common vision of the region we share together is something that can help all countries in the region,” he said.

Netanyahu said that the fact that this was his third meeting with Borissov is only four months was indicative not only of their friendship but also of their common vision of what they can achieve for their countries and friends.

He said that more than 210 000 tourists from Israel had visited Bulgaria last year, and he hoped that after his visit, this number would grow.

The Bulgarian government statement said that Netanyahu focused on the topic of energy, which he said had great potential.

He pointed to the ambitious east Mediterranean East Med project, emphasising that some of this gas, which is currently under negotiation with Greece, could reach Bulgaria as well.

The statement said that Netanyahu told Borissov: “Thanks to your leadership, Bulgaria has become a leading EU country, not only in the Balkans. And, of course, on the world stage”.

Netanyahu said that Bulgaria was an extremely important partner for Israel, and relations between the two countries should continue in this spirit because this was important to both peoples, the region and the world.