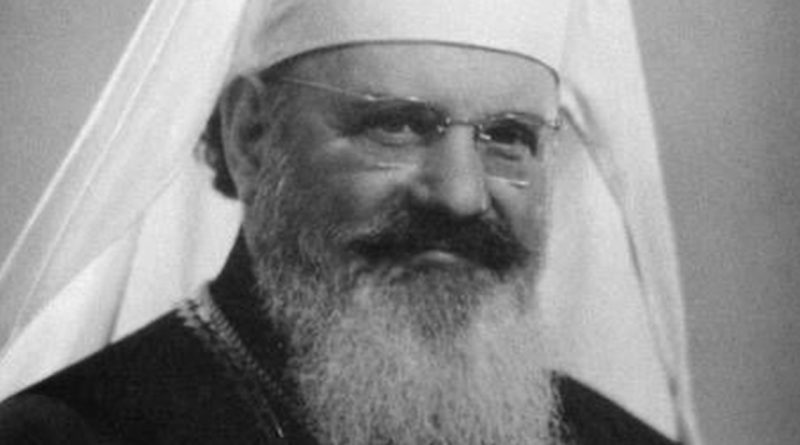 The Bulgarian Orthodox Church held celebrations on September 23 of the 140th anniversary of the birth of Exarch Stefan, who headed the church from 1945 to 1948 and who was instrumental in the rescue of the Bulgarian Jews from being murdered in the Holocaust in the Second World War.

The celebrations, including a liturgy presided over by Plovdiv Metropolitan Nikolai, were held in Stefan’s birthplace, the village of Shiroka Luka in the Smolyan district of Bulgaria. Bulgarian Orthodox Church Patriarch Neofit took part in the service.

After the ceremony, there was a wreath-laying ceremony at the monument to Stefan in the village.

Stefan was born on September 7 1878 into the family of poet Georgi Shokov. He graduated from theological school in Samokov in 1893 and from the Academy of Sciences in Kyiv with a degree in theology in 1904. He taught at the boys’ high school in Plovdiv and at a Bulgarian seminary in Istanbul and became a monk in 1910.

He participated in the Carnegie Commission and the Peace-Making Committee with Turkey in 1913. From 1915 to 1919 he specialized in theology in Geneva and Friborg and gained a Ph.D. in Philosophy and Literature at the University of Friborg, while at the same time carrying out diplomatic missions on behalf of the Bulgarian government.

Stefan became Metropolitan of Sofia in 1922 and achieved the lifting of the schism by the Patriarchate of Constantinople, that dated from 1872.

Stefan played a heroic leading role, along with Plovdiv Metropolitan Kiril and other senior Bulgarian Orthodox Clergy, in opposing antisemitic measures by the Bulgarian pro-Nazi government, a member of Hitler’s Axis, and in successfully resisting the deportation of Bulgarian Jews to the death camps of the Holocaust.

For this feat, Stefan was later honoured by the Yad Vashem International Holocaust Memorial Centre as Righteous Among the Nations, a honour conferred on non-Jews who risked their lives during the Holocaust to prevent Jews being murdered by the Nazis. The honour also has been conferred on other Bulgarians who took a leading role against the planned deportation, including the former deputy speaker, Dimitar Peshev.

On January 21 1945, Stefan was elected Exarch of Bulgaria with 84 out of 90 votes. In this role, he firmly defended the church as Bulgaria entered the era of communist rule.

In September 1948, the communist regime dismissed Stefan from the post of Exarch because of his negative attitude to the Fatherland Front and his resistance to the interference of communist party and state bodies in the work of the Holy Synod, the governing body of the Bulgarian Orthodox Church.

Stefan was interned in the village of Banya in the Plovdiv district and was under house arrest until his death on May 14 1957. He was buried at Bachkovo Monastery, which also would become the burial place of Patriarch Kiril.