The number, type and availability of new drugs in Europe continued to increase in 2012, according to a report released on May 28 2013 by the European Monitoring Centre for Drugs and Drug Addiction (EMCDDA) and European police agency Europol.

Driven by globalisation, technological advancement and the internet, an open market for new drugs has now developed which presents significant challenges to public health, law enforcement and policymaking.

Until about 10 years ago, most new psychoactive substances appearing on the European drug scene were produced in underground laboratories or sourced from diverted medicines and sold directly on the illicit drug market. While this still occurs, the emergence of a thriving ‘legal highs’ business on the internet and in specialised shops in urban areas has marked a fundamental shift in the drug market. Today, these substances, often produced in China and India, are now imported into Europe in bulk where they are processed, packaged and sold as ‘legal highs’. They may also end up on the street where they are sold as substitutes for amphetamine, ecstasy, heroin or cocaine.

Seventy-three new psychoactive substances were officially notified for the first time in 2012 via the EU Early warning system (EWS).

More than 280 new psychoactive substances are currently monitored by the EWS, the number of substances notified in the last two years accounting for over half of the total number reported since 2005.

Bulgaria had notified for three new psychoactive substances in 2012.

Via the EWS, the agencies collect and analyse information on all of these substances, allowing them to identify harms, assess the extent of involvement of organised crime and ensure prompt action, when necessary, to protect public health. Such information, provided by the EU member states, led to risk assessments of two very different substances in 2012 which were linked to more than 40 deaths in Europe.

The first, 4-MA (a stimulant) was being sold as amphetamine on the illicit market, while the second, 5-IT (reported to have both stimulant and hallucinogenic effects), was being sold both on the ‘legal high’ and illicit market. In addition to the risk assessments, the EMCDDA issued a number of public health alerts to the EWS network in 2012, highlighting harms related both to new substances and controlled drugs.

EMCDDA Director Wolfgang Goetz says: ‘Monitoring new drugs is about more than just counting numbers. This report clearly demonstrates that the early warning system plays an essential role in ensuring that the EU and the Member States have access to state-of-the-art information on new psychoactive substances including the harms that they may cause. This helps ensure that, across the Union, appropriate action can be taken to protect public health’.

According to the report, now more than ever it is essential to provide up-to-date and scientifically robust information on new substances from across Europe and beyond. While the EWS has continued to expand its operational capacity, the report highlights inherent difficulties in monitoring this emerging drug market, such as identifying increasingly complex new substances and interpreting limited data on levels of use.

Europol Director Rob Wainwright says: ‘The new drugs phenomenon is now recognised to be a global issue and a globalised market, which makes it particularly difficult to control. The report shows that organised crime is involved in the production of new drugs, a rapidly developing and expanding market with low risks and high profits’. 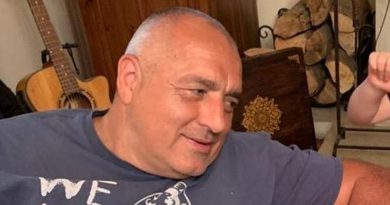 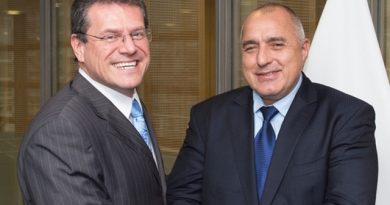