Thousands of people in Greece have taken to the streets to protest against a name change compromise with Macedonia and Prime Minister Alexis Tsipras. The demonstrations have revived nationalist sentiment in the country.

The northern Greek city of Pella was once the capital of ancient Macedonia, but you wouldn’t know it by a visit today. Here in this region, where Alexander the Great once staked out his empire, unemployment is 30 percent. That is just one reason people are angry at Prime Minister Alexis Tsipras.

It is also here, less than an hour’s drive from the Macedonian border, that resistance to the current rapprochement policy between Athens and Skopje is fiercest. Beyond the archaeological excavation sites in the old city, there is little to see in Pella. But on this afternoon, music is blaring from loudspeakers as throngs of people are pushing their way through streets normally scattered with school groups or history-minded tourists. 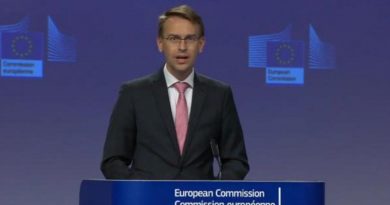