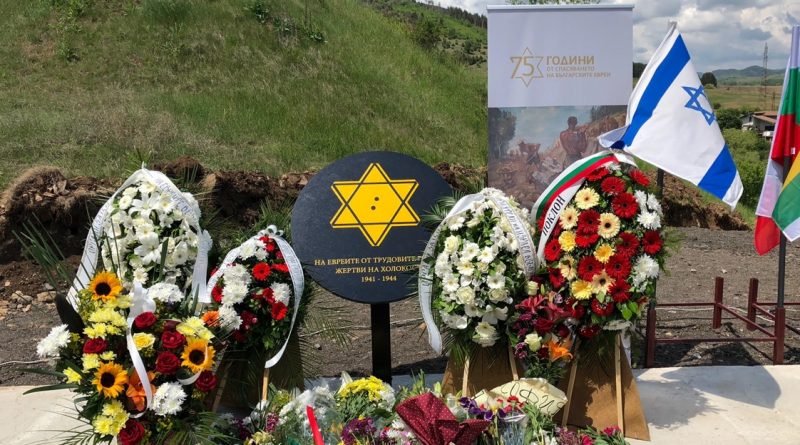 For the first time in Bulgaria, a plaque has been unveiled at a site of one of the forced labour camps where Bulgarian Jewish men were compelled to work during the Second World War.

Speaking at the May 11 2018 unveiling ceremony at the Glavan quarry near Breznik, Tsvetan Tsvetanov, parliamentary leader of government majority partner GERB, said that forced slave labour had no place in the civilised world.

Referring to the Defence of the Nation Act, the anti-Semitic legislation modelled on Nazi Germany’s Nuremberg laws and that took effect in January 1941, Tsvetanov said that the law had restricted the opportunities of Bulgarian Jews to work and to pursue careers. The law, geared to exploiting Jews, had taken everything from them, he said.

The plaque, honouring the Bulgarian Jews who were forced to work in the sand quarry at Glavan from 1941 to 1944, was placed at the initiative of the Organization of the Jews in Bulgaria “Shalom”. The event was part of the national programme in 2018 commemorating the 75th anniversary of the rescue of the Bulgarian Jews from the Holocaust and of mourning the more than 11 000 Jews from neighbouring territories, then under Bulgarian administration, who were deported to be mass-murdered at Treblinka.

Tsvetanov thanked “Shalom” for the initiative to place the plaque and for continuing strengthening the ties and friendship between Bulgarian Jews and all their compatriots.

Tsvetanov also referred to the controversy surrounding photographs from May 9, the day of the Bulgarian Cup football match, depicting young boys daubed with a Nazi swastika, other offensive symbols and one giving a Hitler salute.

He said that it was deeply disturbing that at such an event, fans were using symbols that were strongly objectionable. “As civil society, we must strongly oppose this,” Tsvetanov said.

Dr Alexander Oscar, President of the Organization of the Jews in Bulgaria “Shalom” said: “We stand together today on soil which 75 years ago was soaked with the blood of Jews, shamefully forced to build bridges, roads and buildings, separated from their families”.

He was categorical that history should be narrated in its entirety without omitting any circumstance. 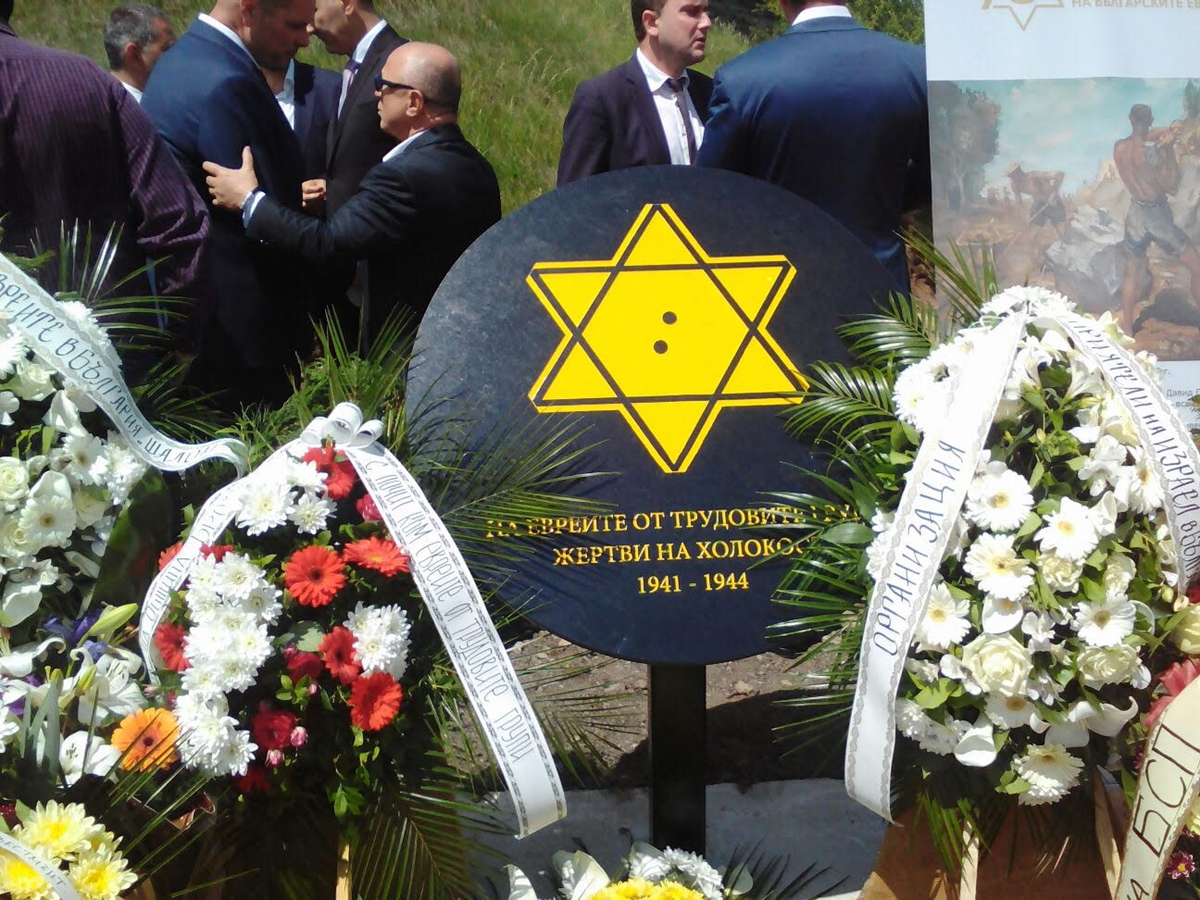 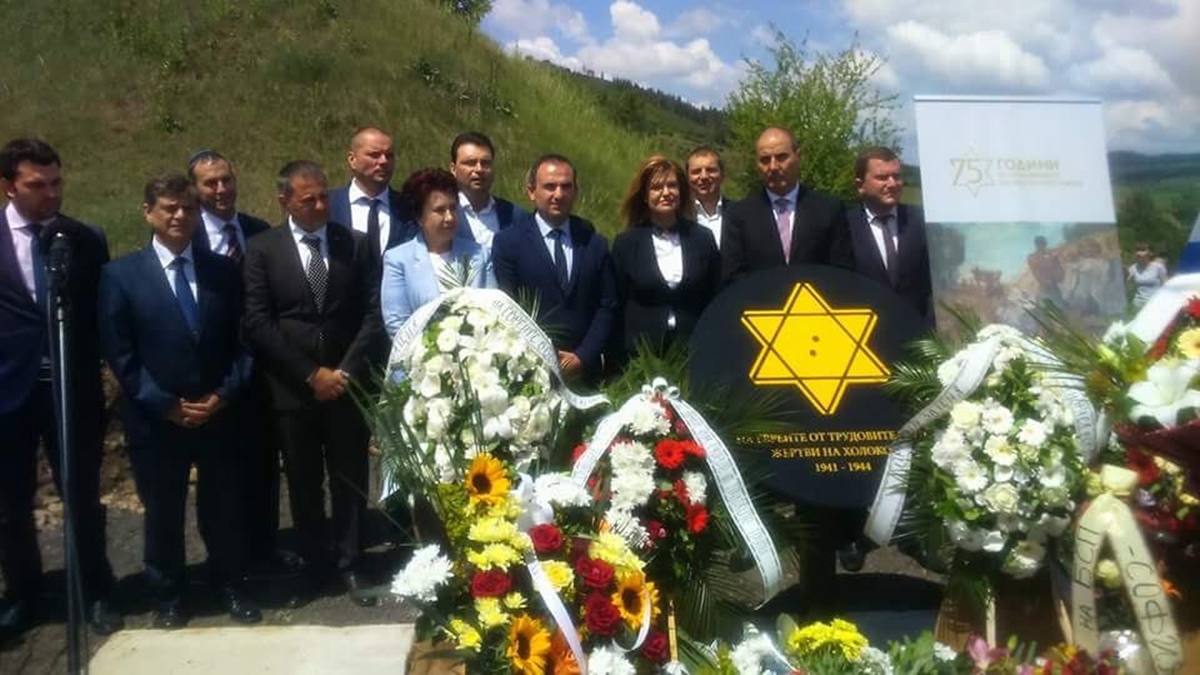 In the years of the system of forced labour camps for Bulgarian Jews, the men would be taken to spend many months of the year, from spring even into winter, to work on various projects for the monarchist regime of the time. Conditions were notoriously harsh, including inadequate food and shelter, though there are many accounts of local Bulgarians trying to alleviate the plight of the Jews. 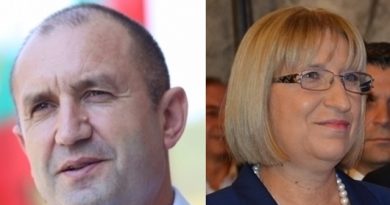 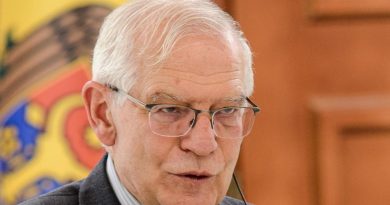