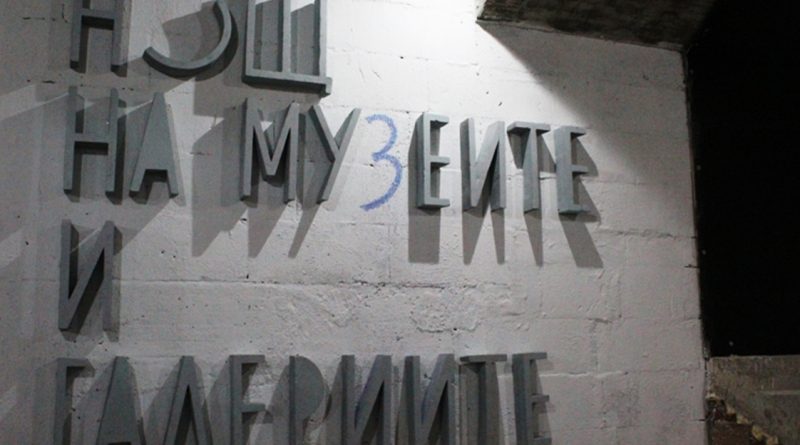 The Open Arts Foundation of Plovdiv has announced the cancellation of the “Night” – formerly known as the Night of Museums and Galleries – that had been scheduled for September 2018, followed a prolonged verbal battle with city mayor Ivan Totev.

Had the event gone ahead, it would have been the 14th consecutive year that it had been held. The organisers plan, however, to hold the three-day “Night” event in September 2019, the year that Plovdiv will be European Capital of Culture. In recent years, the annual event has brought tens of thousands of visitors to Bulgaria’s second city for the three-day cultural and arts festival.

The controversy began in February 2018 when Open Arts Foundation director Veselina Sarieva, a prominent figure in cultural circles in Plovdiv and nationally, criticised the municipality about the renovation of the city’s landmark Otets Paisii Street.

Posting on Facebook in her personal capacity, she queried the lack of transparency about the process and the way the materials in the historic central city street were being handled. Sarieva’s post led an inspection by the regional inspectorate of the national Ministry of Culture, which found shortcomings and issued an order that after the fixing of the street was completed, it should be restored in its authentic form.

At a February news conference, Totev launched a verbal attack on Sarieva, hinting at threatening to stop financing of the cultural programme of the municipality and implying that the municipality could take over the running of the “Night” itself. This was to be the first of other strongly-worded verbal attacks by the mayor on the Open Arts Foundation director, with the saga getting prominent coverage in Plovdiv and some Sofia-based Bulgarian-language media.

The foundation responded by saying, on February 17, that “threats such as those by mayor Ivan Totev should not be tolerated in society. Because they evoke fear on many levels. We will not accept that because we have accepted the mission of creating culture, but not a culture of fear”. The foundation said that because of this, the foundation had decided to refuse the municipal financial support that had been voted for the 2018 event. 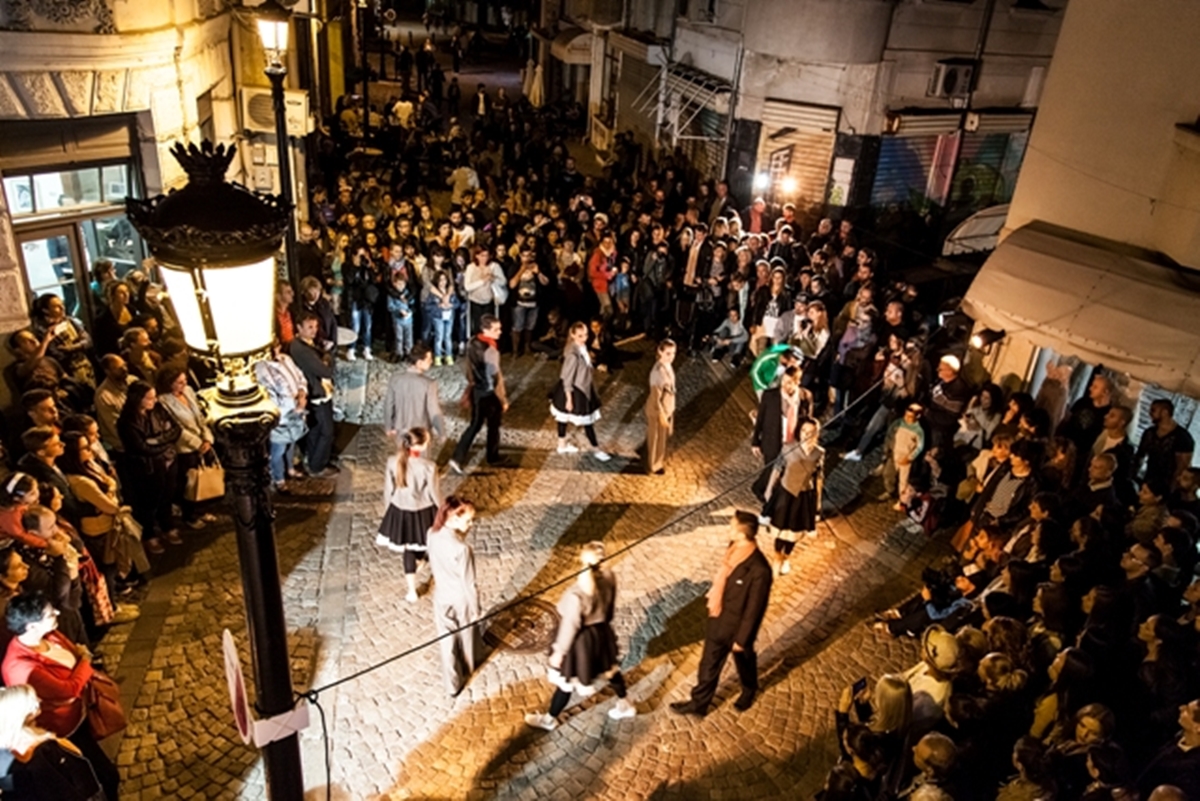 In mid-March, after Totev said that Sarieva had said that the event would not be held and that he had told the Municipal Foundation Plovdiv to organise such an event from September 20 to 22 2018, the foundation issued a denial that any such thing had been said. The foundation wrote to Totev, the municipal department of culture and the Municipal Foundation Plovdiv asking for a “formally agreed opinion” regarding the “Night” and the organiser, the Open Arts Foundation.

On April 10, Sarieva issued a statement saying that the foundation had been through an “ordeal” and “to our regret, the challenges did not stop and the preparations for this year’s Night/Plovdiv was violated again in March 2018 with a new wave of provocations”.

The foundation had lost two very important months for the organisation of the event “and has already entered an active organisational phase of new and other key projects”.

“In connection with this delay and the climate around the preparation of this year’s Night/Plovdiv, the Open Arts Foundation announces a zero year for the event in 2018.”

Totev, speaking to local Bulgarian-language media, defended some of his comments saying that he and Sarieva had been close and could joke with each other – reports noted that she denied this – and he denied sabotaging the organisation of the festival. According to Totev, the conflict had its roots in the “Night” wanting to use the Ancient Theatre for an event, but the theatre already had been booked for something else.

He also denied that there was an outflow of people involved in the field of culture from the Plovdiv. There was no cultural calendar richer than that of Plovdiv, Totev said.

Totev said that the 40 000 leva (about 20 000 euro) that Sarieva had refused would go towards a festival in Plovdiv’s Old Town to be held over three days in September.

The municipality said: “There is no time for organising a quality event (the 2018 ‘Night’) and we will concentrate of 2019 when we will make the largest ‘Night’.”

Sarieva told Plovdiv news website podtepeto.com on April 12 that the decision to cancel the 2018 ‘Night’ had been taken in concert and would not have come as a surprise to the deputy mayor in charge of culture nor to other large participants. Relations with the municipality were now “smooth”, she said, and said that she did not expect that the municipality would try to organise its own “Night” in September 2018.