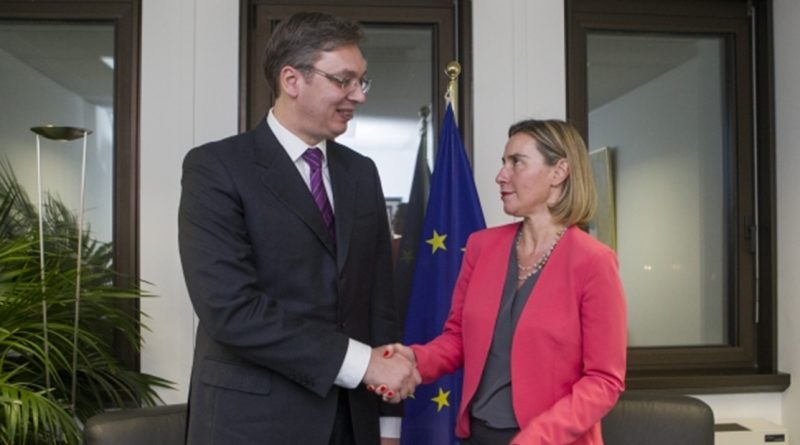 Serbian President Aleksandar Vučić and EU foreign policy chief Federica Mogherini held talks in Belgrade on March 27 “to discuss, in an open, frank and substantial way, the latest developments and the future of the EU-facilitated dialogue for normalisation of relations between Belgrade and Priština,” the European External Action Service said.

Mogherini’s visit to the Serbian capital followed the March 26 arrest of Marko Djuric, head of the Serbian Office for Kosovo and Metohija, in Kosovska Mitrovica.

Vučić has described the arrest as a “terrorist act” by the authorities in Priština, while Serbian List ministers have announced its withdrawal from the Kosovo government because of the incident. Several Serbian journalists were attacked during the incident, according to accounts, the Independent Balkan News Agency reported.

The European External Action Service statement said that in the conversation with Vučić, Moghreni deplored the previous day’s events in Kosovo.

“What happened yesterday must not happen again. The European Union expects calm, wisdom, restraint and leadership to prevail.”

Vučić and Mogherini agreed to find new ways to continue working and resolving peacefully issues between Belgrade and Priština, the EEAS statement said.

“They agreed it is in the national and state interest of Serbia to preserve stability, peace and to progress on the EU path,” the statement said.