Bulgaria’s National Assembly voted on March 14 to establish an ad hoc parliamentary committee tasked with investigating the circumstances of the proposed sale of electric utility CEZ’s assets in Bulgaria, as well as the privatisation of the electricity distribution companies in 2004, which saw CEZ acquire the bulk of its Bulgarian assets.

The motion to set up the committee was approved with 174 votes in favour and one abstention. The committee has 15 members and was constituted on the principle of parity, which each of the five parliamentary groups in the National Assembly given three seats. It will be chaired by socialist MP Zhelyo Boichev.

Its scope, as initially proposed by the opposition socialists, was to examine the proposed sale, but was expanded to include the 2004 privatisation deal, with the amendment coming from GERB, the senior party in Bulgaria’s coalition government. The committee’s term is one month, at the end of which it would present its findings in a report to the rest of the National Assembly.

Czech state-owned CEZ announced its intention to exit the Bulgarian market last month. Its chosen buyer was Bulgarian company Inercom, set up last year and virtually unknown to the general public, which triggered a political storm amid fears that the prospective new owner lacked the necessary know-how to ensure that there would be no disruption in the quality of service. CEZ’s power distribution unit services western Bulgaria, including the capital city of Sofia.

Earlier this month, Inercom’s owner Ginka Varbakova met with Bulgarian Prime Minister Boiko Borissov and agreed to allow the Bulgarian state to participate in the proposed transaction by acquiring a controlling stake, although the exact details of how that might happen were not made clear at that time.

Since then, there have been little development on the issue, with some media reports in Bulgaria suggesting that the Bulgarian state’s participation could complicate matters as regards CEZ’s ongoing international arbitration case against Bulgaria, filed in 2016. At the time it announced the agreement to sell the assets, CEZ’s board said that the transaction would not affect the arbitration case, but that was before Bulgaria showed an interest in joining the deal.

The creation of the ad hoc parliamentary committee also comes two days after public broadcaster Bulgarian National Radio (BNR) aired an interview with Václav Pačes, chairperson of the CEZ supervisory board, who said that he was concerned that Inercom might fail to secure financing for the proposed acquisition.

Pačes said that it was unlikely that CEZ would give up its arbitration case in order to pave the way for the deal, given that its claims in that case exceeded the sale price. CEZ has not made public the financial details of the proposed transaction, but some reports in Bulgarian media have pegged the price at 8.5 billion Czech koruna, which at current exchange rates amounted to about 334 million euro.

There has also been no official confirmation regarding the fate of Energy Minister Temenouzhka Petkova, who submitted her resignation the day after the deal was announced, saying that it was to avoid any speculation arising from the fact that she has known Varbakova for more than 20 years.

Cabinet ministers are relieved of their duties by Parliament, but only after the prime minister accepts the resignation. Petkova’s resignation has not come up on Parliament’s agenda and recent media reports claimed that Prime Minister Borissov would not accept the resignation, even though he was the one that urged Petkova to submit it in the immediate aftermath of the deal’s announcement. 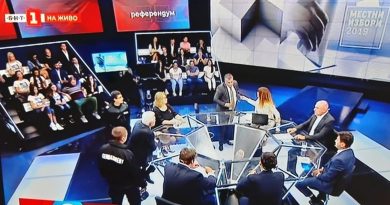