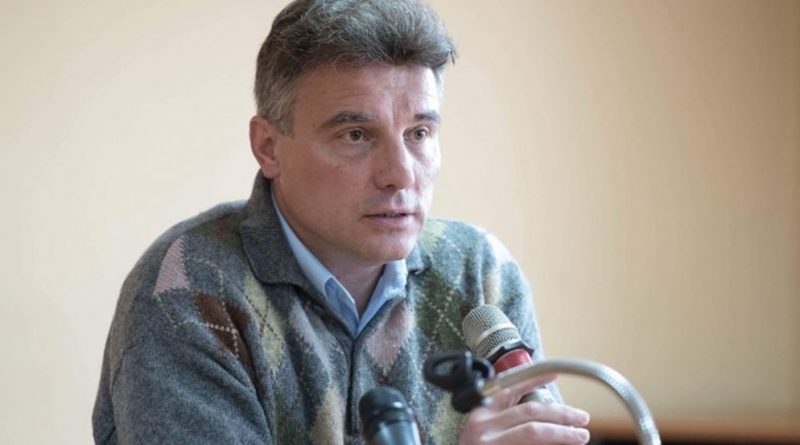 The controversy sparked by a Russian foreign ministry spokesperson claiming that the Red Army rescued the Bulgarian Jews from the Holocaust is continuing, with declarations on November 8 in the National Assembly and a row surrounding statements by an opposition Bulgarian Socialist Party MP.

The claim by Russian foreign ministry spokesperson Maria Zakharova has been rejected by Bulgaria’s Foreign Ministry, head of state President Roumen Radev and the Shalom Organization of the Jews in Bulgaria.

In Bulgaria, BSP MP Ivo Hristov effectively backed the Russian view, saying: “What did Maria Zakharova say, that it should not be forgotten that were it not for the Soviet army, 50 000 Bulgarian Jews would have been deported? Does anyone doubt that it was like that?” Hristov went on to compound matters by referring to “80 per cent of the Bulgarian population are idiots who cannot sign their name”.

On November 8, Hristov offered an apology for his words if someone felt offended by them.

In Parliament, Prime Minister Boiko Borissov’s centre-right GERB party issued a lengthy declaration, condemning what the statement called the contempt that Hristov had shown for the Bulgarian people and demanding that he resign as an MP.

The GERB statement reiterated that the Foreign Ministry had pointed out that the Bulgarian Jews had been rescued from the Holocaust thanks to the efforts of the Bulgarian Orthodox Church and the political and intellectual elite of the country at the time, while the Red Army was thousands of kilometres from Bulgaria.

The declaration also cited the positions issued by Shalom and by David Harris, president of the American Jewish Committee, noting that Harris had described the Russian claim as factually untrue and a blatant example of historical revisionism at its worst.

Going on to the Hristov statement, GERB said what the BSP MP had said was an insult to the memory of those bold Bulgarians who, in the darkest and most difficult years in world history, had found the strength and the courage to protect their Jewish compatriots and save them from the death camps.

“The vast majority of these brave men, after the occupation of September 9 1944, fell into communist death camps, and some of them, like Lilyana Panitza, were killed immediately after the coup without a court and a verdict,” the GERB declaration said.

This was a national betrayal, because of the rescue of the Bulgarian Jews was a human achievement of a European scale “that belongs and always will belong to Bulgaria,” the declaration said.

On November 8, the BSP issued its own declaration, saying that the rescue of the Bulgarian Jews had been carried out through the joint efforts of “members of society different in their ideological and political beliefs, but democratic-thinking”

Without mentioning Russia, the BSP said that the historical truth of this cannot be replaced or re-written by interested circles and states.

“In the difficult years of the Second World War, the Bulgarian people, their spiritual leaders, brave and honest citizens of different political forces, stood up for the protection of the Bulgarian Jews.”

The declaration by the BSP (lineal successor to the Bulgarian Communist Party) said that it had participated in this historic feat – “through its representatives, through workers’ demonstrations”.

“It is therefore absolutely unrealistic for anyone to question our position because it is expressed not only through the position of contemporary parties, but that hundreds of Bulgarian Jews died as members of the Bulgarian Communist Party.”

The BSP said that it expressed its “deep concern and disagreement” with attempts in political debate in the National Assembly to be “constantly focused on periods of history that divide our nation – obviously this is deliberate and purposeful”. The party called for “respect for history and not using it for disputes”.

The BSP’s response to the Hristov issue was to say that Borissov also had said insulting things in the past.

Meanwhile, in an interview on Nova Televizia on November 8, Emil Kalo – a former president of Shalom, formerly with the BSP who later went on to be a senior founding member of Georgi Purvanov’s socialist breakaway ABC party – said that as early as August 1945, a delegation of Bulgarian Jews at the World Jewish Congress in London had said: “We are alive thanks to the Bulgarian people and the heroic victories of the Allied armies”.

“That’s for me, the subject exhausted for once and for all,” Kalo said.

According to Kalo, the thesis that the Bulgarian people have saved their Jews was false. He recalled that 11 343 Jews from Macedonia and Aegean Thrace (the “new terrorities” handed by Nazi Germany to Bulgaria for administration) had been deported.

Kalo said that these lands had been administered by Bulgaria, but to this day it was a matter of dispute in history the extent to which the Bulgarian state could have had influence to stop the deportation of the Jews.

“No historical event can be looked at in isolation. It happens in an environment. Let’s say that the Bulgarian authorities did not know what was happening. Every great power tries to favour its own participation, its own victories,” Kalo said.

“I am a defender (of the idea) of Bulgarian civil society as a saviour. The formulation that the Bulgarian people saved the Jews is not true,” he said.