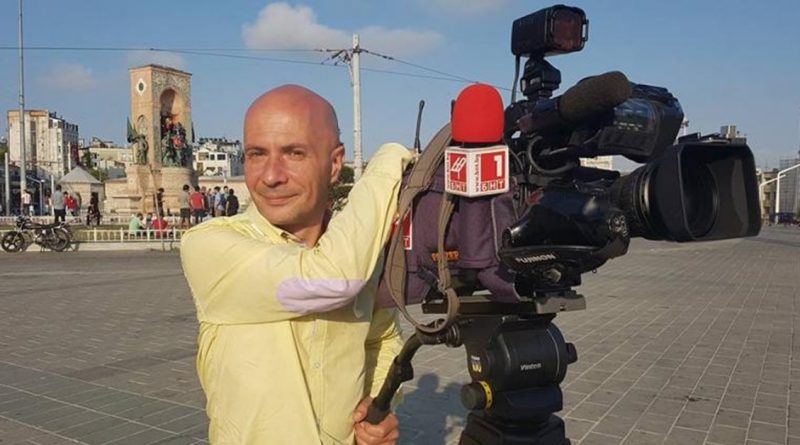 Nikodimov, a morning show presenter on the public broadcaster, is being treated for serious facial injuries in hospital after the attack, which took place in Borissova Gradina in Sofia on the afternoon of July 25.

The motives for the assault are not known. It was the second serious assault in Borissova Gradina in two days, after two notaries were attacked.

Marinov told BNT that he opposed “populist measures” such as the unnecessary deployment of large numbers of police in Borissova Gradina.

There remained much work to be done in the investigation, including the review of recordings from cameras in the park, he said.

Investigators so far see no connection between the attack on Nikodimov and that on the notaries. One theory is that it was an incident of hooliganism, as Bulgarian law terms the offence.

Speaking to BNT on the morning of July 26 from his hospital bed, Nikodimov described the assailants as having been in their 20s, all about 1.8m tall.

He said that he had an entered a tree-lined avenue in the park after getting off a trolley bus when the three young men jumped out of the bushes and began to hit him. They did not respond when he asked why they were hitting him, he said.

“One of them started to kick me – I instinctively squatted, I quickly squatted, and at that moment they fled. I took off my backpack to take out my wet wipes and behind me, I heard a man’s voice saying, ‘Can I help you with something?'”

Nikodimov said that he believed that this meant they had fled when they saw someone else close by.

He said that he had already looked at large numbers of photos and would be examining more. He remembered one of the attackers’ faces clearly.

Nikodimov said that it was most likely a “hooligan” act rather than a planned one, because this had not been his usual route to and from work.

At least two people saw the attack on Nikodimov, according to investigators. But up to now, no one has come forward.

The Union of Bulgarian Journalists (UBJ) said that it expressed sympathy with Nikodimov.

“The UBJ condemns all forms of aggression and assault on citizens of the Republic of Bulgaria. We expect law enforcement agencies and prosecutors to reveal the perpetrators as soon as possible and for them to be prosecuted.

“Increased forms of violence and physical abuse with Bulgarian citizens raise concerns. It is time for the state, with all legal means, to eliminate the untouchability and impunity of criminals.”

BNT issued a corporate statement expressing indignation at the brutal assault on Nikodimov.

When aggression was directed against journalists, it was tantamount to a confrontation with freedom of speech, BNT said.

“The public television has always stood behind the values of civil society that guarantee the rights of every citizen and the responsibility to protect them. Therefore, we hope that the perpetrators of the attack on journalist Ivo Nikodimov and other citizens will be found and punished.”

The Association of European Journalists – Bulgaria condemned the attack on Nikodimov.

The association said that while the motives for the attack were not known, it was extremely worrying that a known face from the television screen had been the target of aggression in broad daylight.

“We call on the institutions to take urgent action to reveal the perpetrators of this attack.

“Unfortunately, this is the most recent incident that raises the issue of citizens’ security. How could people feel safe, when journalists from the national television and government officials such as notaries are being attacked metres from where they work?” the AEJ Bulgaria said.

The Council for Electronic Media (CEM), the statutory regulator of broadcast media in Bulgaria, said that it was responding with alarm and anxiety to the attack on Nikodimov.

“Ivo Nikodimov is a journalist with a bright presence on the screen of the public media. Assault and aggression against people with a memorable and active civil position on several topical problems are manifestations of primitiveness and frustration, when their arguments do not suffice, and are aimed at instilling fear,” CEM said.

Such acts of hatred are crimes not only against the person but also against the established values ​​of democracy, the broadcast regulator said.

“Assaults on journalists, irrespective of the motivation for the crime, are an attack on freedom of speech and the constitutional right to information,” CEM said.

The Confederation of Employers and Industrialists in Bulgaria also expressed their sympathy and support for Nikodimov, condemning the assault and calling for a just punishment for those who had carried it out.

On the night of July 25, Bulgarian Interior Minister Valentin Radev summoned the heads of the regional police headquarters in Sofia to discuss the frequent cases of assaults.

The Interior Ministry teams discussed options to prevent future such incidents. Security around Borissova Gradina and Sofia University had been stepped up, a report after the special meeting said.

Marinov said that with the summer season, there was special attention to Sofia’s park areas, with horse patrols, but he added that Borissova Gradina was a big place, “there is no way to predict whether there will be an incident”. 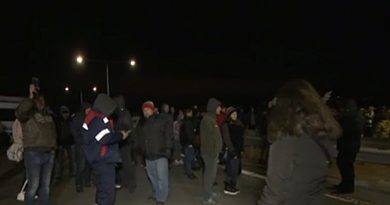