Romanian parliament passed a motion of no confidence in prime minister Sorin Grindeanu on June 21, tabled after the ruling parliamentary majority withdrew support for its own cabinet.

Grindeanu, a member of the Social-Democrat party that won last year’s election, clashed earlier this month with party leader Liviu Dragnea, who demanded the prime minister’s resignation. Grindeanu refused to do so, but most cabinet ministers resigned last week, leaving the no confidence motion as the only option for removing the head of government.

With opposition parties refusing to take part in the vote, the motion passed with 241 votes out of 248 in the joint meeting of the country’s bi-cameral parliament.

The conflict began earlier this month when Dragnea asked for a government re-shuffle and accused the cabinet of dragging its feet on implementing the Social-Democrats’ governance programme. But the party’s critics said it was more likely that Dragnea was unhappy with the cabinet’s efforts to push through legislation that would ease anti-corruption legislation.

Earlier this year, the government’s plans to effectively decriminalise low-level government corruption by exonerating embezzlement of up to 45 000 euro sparked mass protests, pushing the cabinet to backtrack on its proposal.

The proposed cabinet ordinance would have directly benefited Dragnea, who was previously handed a suspended sentence for vote-rigging in the 2012 referendum to impeach the country’s president at the time, Traian Basescu. The conviction has prevented Dragnea from being nominated as prime minister after the party won the December 2016 parliamentary elections, with Grindeanu nominated instead as a compromise solution and handed a mandate by president Klaus Iohannis.

After the vote, a spokesperson for Iohannis said that the president will meet with political parties for consultations on a new government on June 26. Iohannis is not bound by law to nominate candidate put forth by the Social Democrats – in 2015, following the resignation of Victor Ponta as prime minister, Iohannis nominated former European commissioner Dacian Ciolos to form a technocrat cabinet which governed until Grindeanu’s investiture in January 2017.

This time, however, Iohannis would find it more difficult to pursue a similar strategy, as the Social-Democrats and their junior coalition partner, the liberal ALDE, hold a majority in both chambers – 175 our 329 seats in the lower house and 76 out of 136 seats in the senate. 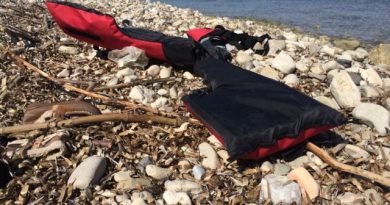