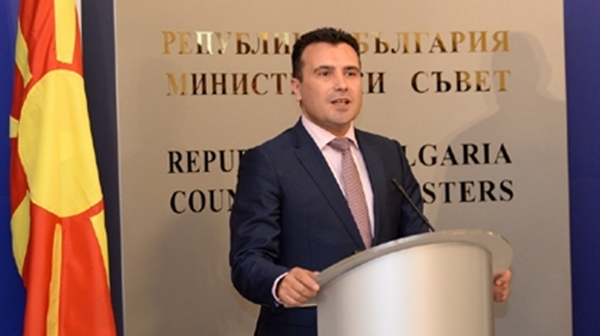 In one of his first foreign visits since becoming Macedonia’s prime minister, Zoran Zaev took the full tour of Bulgarian political leaders, underlining at every stop his desire for cordial relations with Bulgaria – and getting the sentiments reciprocated.

In the Bulgarian capital, Zaev probably experienced more warmth on his political tour than he would doing the rounds in Skopje.

The two-day visit ended on June 21, the official start of summer, on a morning that Zaev told reporters in Sofia that he saw the “long period of cool relations” between Macedonia and Bulgaria as over.

Zaev, who with Borissov has expressed the ambition of getting the long-awaited treaty of good neighbourliness between Bulgaria and Macedonia signed on Ilinden in August, discussed the treaty with Borissov, with the two countries’ foreign ministers present. A remaining section that is yet to be agreed was the subject of a hope by Zaev that it could be resolved “over a coffee” by the two prime ministers and their staffs.

In office as prime minister of Macedonia for just a few weeks, Zaev also repeatedly underlined his government’s aspirations for progress towards European Union accession, expressing hope that in 2018 his country would get a date for the start of accession talks.

Zaev said that Bulgaria could help Macedonia on its Euro-Atlantic path, not only in regard to what Bulgaria had achieved, but also in respect of the mistakes it had made, so that Macedonia would not repeat them. In saying that, he was echoing a mantra heard many times from Bulgarian state and government leaders over the years, that persistently have made this offer to Western Balkan countries aiming to join the EU.

Inevitably, the topic of the name dispute with Greece came up, with Zaev saying that he hoped for positive steps and expressing disappointment that Macedonia had spent so long in the EU waiting room.

He also expressed his expectation that Macedonia would receive support from its neighbours – especially those that are members of Nato and the EU – a category including both Bulgaria and Greece.

Speaking after meeting Speaker Glavchev, Zaev said that Bulgaria had given his country a “signal of sincere friendship”.

Glavchev emphasised that Bulgaria has a consistent position to support the Euro-Atlantic and European perspective of Macedonia.

He said that the concluding of the good neighbourliness treaty would put the partnership between Bulgaria and Macedonia “on a new footing and would pave the way for intensive cooperation in all spheres”.

Glavchev expressed his satisfaction with the calm and the stabilization of the political environment in the Republic of Macedonia, a statement after his talks with Zaev said.

President Radev said that it was time for Bulgaria and the Republic of Macedonia to turn a new page in their bilateral relations.

“Complications between the two countries are unnatural and do not correspond to either the historical or the modern realities or our future goals,” Radev said.

He confirmed Bulgaria’s support for the Euro-Atlantic and European perspective of the Republic of Macedonia, a statement by the President’s media office said.

Radev welcomed the firm request by Zaev for a new approach of friendship and good neighbourliness between Bulgaria and the Republic of Macedonia and underlined the expectations of the Bulgarian side for specific steps in this direction, the statement said.

“Our country has no other alternative than joining Nato and the European Union and at this stage there is nothing more important than building good neighbourly relations in the Balkans,” Zaev said.

In the talks with Radev, Zaev added that Bulgaria “is the biggest friend of the Republic of Macedonia” and he expects active support from Bulgaria in the process of European integration.

At the meeting with Energy Minister Petkova and representatives of the Bulgarian Gas Association, readiness was expressed for joint projects for which applications for EU funds would be made, a statement by the Macedonian government said.

In the coming weeks, Macedonia and Bulgaria will negotiate a memorandum on energy development, the statement said.

The meeting also agreed that the construction of a new connector between the two gas pipelines is of particular importance, the statement said.

BSP leader Ninova, speaking after talks with Zaev – who leads his country’s socialist SDSM party – said: “We support their efforts for EU and Nato membership of the Republic of Macedonia and welcome what they are doing to deepen bilateral relations with neighbouring countries”.

Ninova said that the BSP had proposed annual meetings between her party and the SDSM, involving MPs and mayors, “to discuss not only European questions, but also topics that are advantageous for both Bulgaria and the Republic of Macedonia”.

The BSP also had proposed the holding of a Balkan conference in September, a meeting involving leaders “of the parties of our family” and those who are prime ministers.

Ninova said that the Western Balkans as a priority for the Bulgarian EU Presidency should be discussed (government figures repeatedly have said that it will be).

“We will come up with concrete proposals and solutions, committing to present them to the Bulgarian government and to insist that the Western Balkans be a priority of the Bulgarian Presidency with all the open issues and unresolved issues on which we will look for common solutions at such a conference,” she said.

Zaev, at his news briefing, said that with the high-level meetings held in Sofia, the two countries were opening a “new golden chapter” in mutual co-operation.

“Sharing common cultural values is only a benefit, and the co-operation between Macedonia and Bulgaria will show how good neighbourly relations are being promoted and Euro-Atlantic perspectives are opened for both the Republic of Macedonia and the region,” Zaev said. 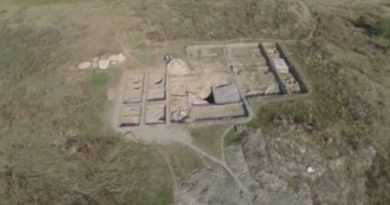