The Shalom Organization of the Jews in Bulgaria said on June 7 that it welcomed the approval by a huge majority in the European Parliament of a resolution calling for stronger action against anti-Semitism in Europe.

The European Parliament resolution, in a May 29 vote, adopted the International Alliance for Holocaust Remembrance definition of anti-Semitism.

This definition is that “Antisemitism is a certain perception of Jews, which may be expressed as hatred toward Jews. Rhetorical and physical manifestations of antisemitism are directed toward Jewish or non-Jewish individuals and/or their property, toward Jewish community institutions and religious facilities.”

Shalom, with the backing of Bulgaria’s Central Israelite Spiritual Council, said that it expects the Bulgarian Parliament and the Bulgarian government to adopt and apply the definition in the shortest possible time to show their sympathy with the democratic family of the European Community by protecting the rights of their citizens of Jewish origin.

Shalom and the Spiritual Council called for recognising anti-Semitism and the language of hate in the public domain as a problem incompatible with European and Euro-Atlantic values and which threatens the security and stability of civil society and requires the government to personally engage in solving it.

The organisations also called for improving the quality of school education on these issues, including hours dedicated to the study of the Holocaust, providing the necessary resources for teachers.

Further, they called for recognising the role of non-governmental organizations in preventing and combating all forms of hatred and intolerance.

They encouraged the media to cover events in the country with respect for all denominations, as the state assists in the training of journalists on issues related to anti-Semitism, prejudices and hate speech.

The organisations said that the fact should be recognised that anti-Semitism online and in social media such as Twitter and Facebook is a huge problem that needs to be resolved through government-civil society cooperation.

There should be co-operation with law enforcement through official channels of communication, transparency and joint action planning, the statement said.

Broad public awareness should be created of the problem of anti-Semitism and the language of hate and its impact on the affected.

There should be prosecution of hate crimes and sensitization of law enforcement authorities to the characteristics of anti-Semitic crimes, the Shalom statement said.

The Shalom statement called for public condemnation of all anti-Semitic statements and declarations by official state representatives and civil society, and a clear signal that anti-Semitism and other forms of intolerance and discrimination will not be tolerated.

The Shalom statement, adopted on June 6 as a special meeting of the Bulgarian Jewish organisation’s executive, called for the appointment of a national co-ordinator against anti-Semitism and hate speech, to work closely with representatives of NGOs. 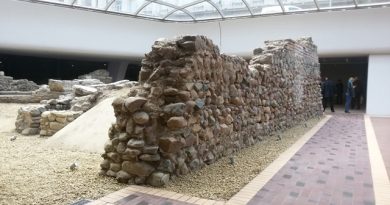