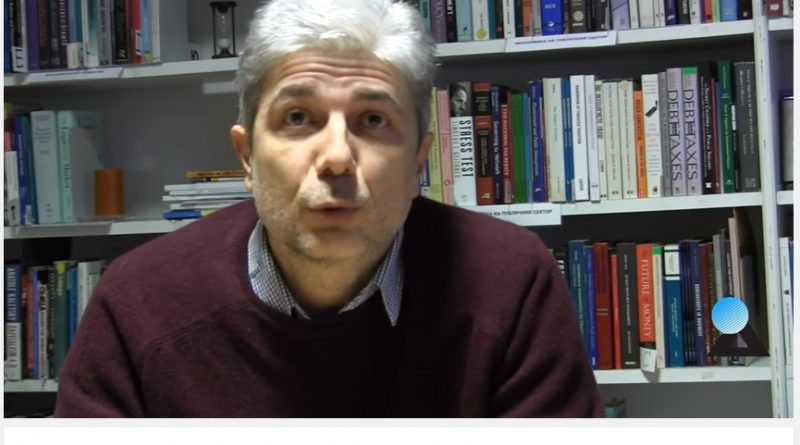 Bulgaria’s new Environment and Water Minister, Neno Dimov, appeared in a video in 2015 describing global warming as a fraud and alleging that the European Union’s target for reducing emissions is intended to earn billions for business.

Dimov, a 53-year-old who has a master’s degree in mathematics and a doctorate in physics and who was deputy environment minister in the 1997/2001 Ivan Kostov government, was named to the third Boiko Borissov government from the quota of the nationalist United Patriots.

Until his cabinet appointment, Dimov was head of the Institute of Right Policy and made regular appearances in television interviews.

In November 2016, on Donald Trump becoming US president, Dimov likened Trump to Ronald Reagan: “He and Thatcher led a war against evil. Now he (Trump) and Theresa May have a chance to do the same”.

In the same TV appearance, Dimov said that it was untrue that the whole world received Trump becoming president with fear and horror, saying that it was only socialists who were afraid.

Speaking to-camera during the 7.33 minute video, Dimov expounds the thesis that human impact on climate change is a “manipulation” related to economic interests and a lot of money.

“Supporters of sustainable development are frightening us with global warming. The UN has no panel on global warming, but on climate change, but the the climate is constantly changing. That may be the first indication that this is a matter more of manipulation than for serious concern,” Dimov says in the video.

“It is good to pose two questions. Is global warming really happening? If that is so, does human activity lead to global warming or do other factors cause it?”

He also rejects the possibility of the sea level being raised because of global warming.

“That is not true. There is a law of nature, discovered by Archimedes more than 2000 years ago, that a body immersed in water, displaces the volume of water of the volume of the body itself. The ice of the North Pole already has sunk into the world ocean and increased its level with that volume, of the ice itself.”

Dimov says that the fear of the rising of the level of the world’s oceans is absolutely unfounded.

“Rather we may talk about a cycle, rather than an increase in temperatures.”

He also argues that if the EU’s 40 per cent emission reduction target is met, the effect would be minimal, but in Europe alone, more than 500 billion euro would be spent.

“That’s the key. Imagine what huge business will pass through the states, what a huge redistribution of money,” says Dimov, who adds the main factor in climate change is solar activity.

Dimov, who was a member of the negotiating team for Bulgaria’s membership of the EU and who was from 2005 to 2009 a member of Ivan Kostov’s right-wing Democrats for a Strong Bulgaria party, said in a November 2016 interview on bTV that Trump and May had a chance to fight the new evil.

According to Dimov, that new evil was not extremism in all its forms, but “political correctness, the imposition of fear through global warming”.

He expressed the view that illegal migration worked to benefit socialists, who wanted a socially dependent electorate. On the US election, he said: “In California, every fifth person goes to the shop not with dollars, but with so-called food stamps. Every fifth person is living for free, so why should we be surprised they voted for the socialist Hillary?”

On May 4 2017, on taking office as Bulgaria’s new Environment and Water Minister, Dimov said that the cleanness of atmospheric air, especially in big cities and the cleanliness of drinking water, is an undeniable priority. However, he believes that a balance between environmental protection, the quality of life of people and the economy must be sought.

“We note that the European Commission has recently come up with a plan in which environmental protection is not an end in itself, but must be looked at also in the way it is received by people living in the regions and by businesses,” Dimov said.

He said that other important activities of his ministry are the prevention of disasters, accidents and floods, as well as the preparations for Bulgaria’s EU Presidency.

On the subject of tougher European requirements for coal-fired power plants, Dimov indicated that the deadlines for these commitments would have to be looked at and whether they could be deferred to a certain time.

He described as a matter of great public interest the topics around protected areas and the protests over Pirin nature park.

Dimov said that two types of solution would be sought at the ministry – expert and political.