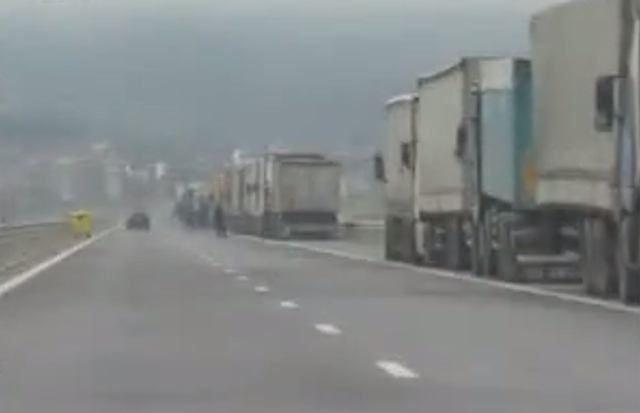 The shutdown of all border checkpoints between Bulgaria and Greece by double blockades entered its latest day on February 21 2016.

According to public broadcaster Bulgarian National Television, the queue of lorries and cars stretched, on one side, from the border to the Greek town of Serres, a distance of 63km, and on the other side, to the Bulgarian town of Petrich, a distance of 16km.

Frustation was worsening among lorry drivers unable to get their cargoes, including perishable goods, across the border because of the counter-protest mounted by Bulgarian lorry drivers against the periodic blockades by Greek farmers protesting against tax and pension system reforms in that country.

At the Zlatarevo border crossing between Bulgaria and the Republic of Macedonia, the queue of lorries was four km on the morning of February 21. Many vehicles re-routed via Macedonia because of the Greek-Bulgarian border blockade.

At the Kulata-Promachonas border checkpoint between Bulgaria and Greece, there were more than 6000 lorries, reports from the scene said. 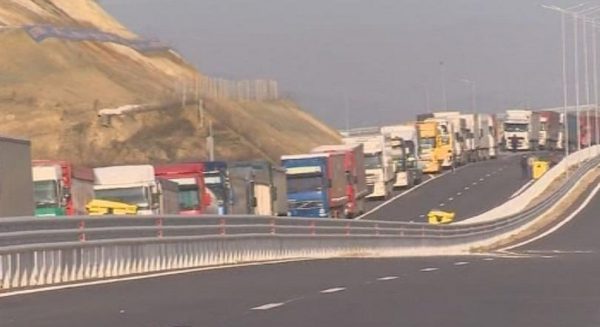 Bulgarian Transport Minister Ivailo Moskovski, who has been involved in a series of fruitless negotiations about the blockade, said in a radio interview on February 21 that there had been such “provocations” by protesting Greeks several times over the past seven to eight years.

Moskovski said that it was inexplicable that the Greek police could not bring to an end the blockade of the borders.

He said that he was worried by the lack of serious intervention by the European Commission.

Moskovski, who like other Bulgarian government officials has complained that the Greek border blockade violates the EU right to free movement of goods, persons and services, reiterated his “wholehearted” support for the Bulgarian counter-blockade.

The Bulgarian Red Cross has deployed teams to provide humanitarian aid to drivers stranded at the Bulgarian-Greek border. Dozens of companies have donated food, water and other products.

BNR said that Boris Harizanov, a Petrich lawyer and owner of a consulting firm, had lodged a complaint with prosecutors in Serres both against the blockade by the Greek farmers and the inaction of Greece’s authorities.