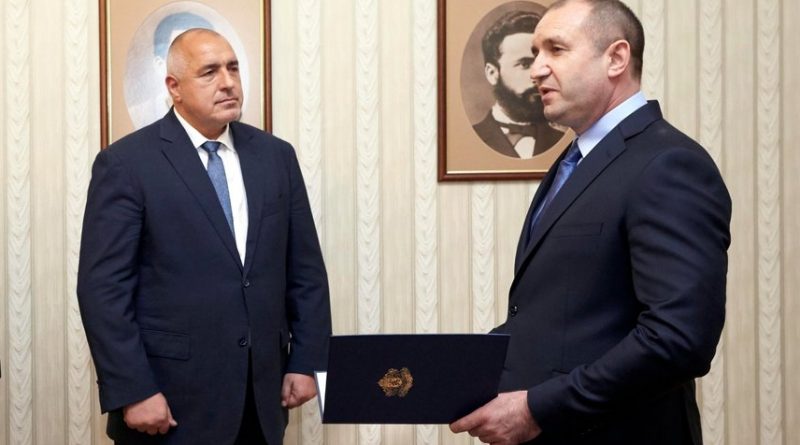 At a ceremony on April 27, Bulgarian President Roumen Radev handed GERB party leader Boiko Borissov – whose party won the most seats in the March parliamentary elections – a mandate to form a government.

The ceremony took place soon after Borissov’s party signed an agreement with the nationalist United Patriots to form a coalition government, the members of which will be announced on May 3 and are expected to be voted into power by the National Assembly the following day.

The coalition cabinet will have four deputy prime ministers, one of whom will be in charge of preparations for Bulgaria’s holding of the EU presidency in the first half of 2018, and 17 ministers.

The workings of the coalition government will be overseen by a coalition council of six members, three from GERB and three from the United Patriots.

Radev, whose victory as a socialist-backed presidential candidate in late 2016 precipitated the resignation of the Borissov government of the time, told Borissov and GERB parliamentary group leader Tsvetan Tsvetanov that he hoped that they and their coalition partners would come up with convincing candidates for ministers.

“I believe that you will respond with your governance programme to the most urgent expectations – security, income, justice,” Radev said.

He told Borissov, who twice before has been prime minister, “I am sure that your experience will serve as a good counsellor”. 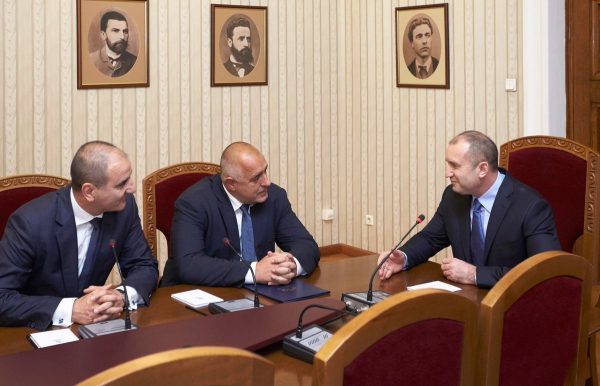 According to the rules set out in Bulgaria’s constitution, Borissov has a deadline of seven days to present the structure and composition of his proposed cabinet, or return the mandate to the president.

Simeonov said that the political council is likely to meet every week in order to have consistency on all issues that the cabinet and the political leadership of the coalition decide.

The agreement regulates the decision-making process, the structure of the cabinet and other details that are important for the functioning and dialogue of a parliamentary coalition, another of the United Patriots’ co-leaders, Krassimir Karakachanov, said.

The third co-leader of the United Patriots, Volen Siderov, said that the idea was that there would be no “encapsulation” of ministries, in which a ministry would be controlled by one coalition partner or another. “We are playing as a team, this is a team game,” Siderov said.