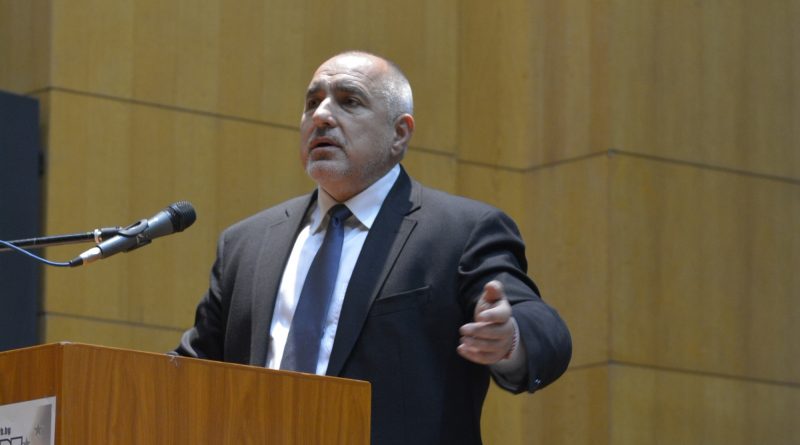 The National Assembly being elected on March 26 will be under great pressure because of the results of the 2016 referendum that saw people support the introduction of a majoritarian election system, GERB party leader Boiko Borissov said on March 9.

Borissov said in a television interview that after March 26, the big goal would be to form a government.

He added that from the first day that Parliament sits, it would be under “enormous pressure” over the referendum results, in which 2.5 million Bulgarians had voted for a majoritarian electoral system.

Bulgaria’s November 2016 national referendum posed three questions, including the one on a majoritarian electoral system. However, voter turnout was below the threshold to make the outcome binding on Parliament to legislate in line with the results.

Borissov repeatedly has floated the idea of changing to a fully majoritarian system. Critics of the idea point out that such a system would leave Parliament with very few parties and award the lion’s share of seats to the biggest players, notably Borissov’s own party.

He said that GERB was in good condition and would win the elections.

Asked if a GERB coalition government with the Movement for Rights and Freedoms was possible, Borissov said that GERB was the only party that never had governed in coalition with the MRF, and added that it would not.

Responding to a question, whether Bulgarian Socialist Party leader Kornelia Ninova was his main enemy in these elections, Borissov said that he had no enemies, only opponents.

“The battle is not between me and Ninova, but between the BSP and GERB, between left and right,” Borissov said.

Ninova was conducting a very aggressive and abusive campaign, he said.

Going by his statements, Borissov appears to have been needled by Ninova’s accusations of cowardice. The two have not agreed terms on meeting in a live television debate and Borissov has ruled out that there will be one before March 26.

He referred to his earlier career as a firefighter.

“Now I should start to explain how I conducted rescue operations…I got burnt, poisoned…ask whether I allowed anyone else to go into the fire before me,” Borissov said.

He went on to recall his visit to the scene of the Hitrino gas tank transport train explosion on December 10 2016.

“I dismissed the National Security Service bodyguards, took a car, and with Nikolov (national fire chief Nikola Nikolov) went down to where the firefighters were, while the cisterns were being welded. If there had been an explosion, God forbid, we would have been gone too. Courage is needed for that.”

Asked to comment on Ninova’s statement that GERB is full of former members of the Bulgarian Communist Party and that Borissov is the man who unveiled the monument to long-time communist dictator Todor Zhivkov in Pravets, he said that he knew Zhivkov, who had been abandoned by everyone when he fell from power, while Ninova had been “a fierce activist of the UDF”.

The Union of Democratic Forces was founded in 1989 as a broad coalition opposed to communism and seeking the transformation of Bulgaria into a democracy. Ninova, who was appointed to a corporate post at the time of the Ivan Kostov UDF government (1997/2001) and who went on to be part of the Sergei Stanishev 2005/09 government, has denied ever having been a member of the UDF.

Borissov went on to repeat his often-told story about his grandfather having been killed by the communist regime. He said that his dossier when he was a cadet at the Interior Ministry had said that he should not be appointed to leadership posts because he was the grandson of a “monarcho-fascist”.

Borissov said that the GERB nomination of National Assembly Speaker Tsetska Tsacheva (who ran second behind the BSP-backed Roumen Radev) had been his own mistake.

He said that he had not gone to any election event and had stopped his ministers from doing so, letting Tsacheva and campaign chief Tsvetan Tsvetanov hit the hustings on their own. “People said that I did not want to win,” Borissov said.

With 17 days to go to Bulgaria’s March 26 2017 early parliamentary elections, various polls show a tight race between GERB and the BSP for first place, with some claiming that the BSP is ahead. No poll sees any party getting enough vote to govern without needing a coalition. But ahead of the November 2016 presidential elections, most polls showed a narrow win for Tsacheva, so for now it seems imprudent to make firm predictions about what will emerge on the night of the last Sunday this March – and the days thereafter.

Borissov has said that if his party does not get the largest share of votes, it will not seek to form a government, even if offered a mandate to do so if the largest party fails to come up with a viable coalition government.